UCL Fellowships and Honorary Fellowships were awarded on 20 June 2007 to nine individuals who have attained distinction in the arts, literature, science or public life, rendered exceptional service to UCL or had a close association to UCL. 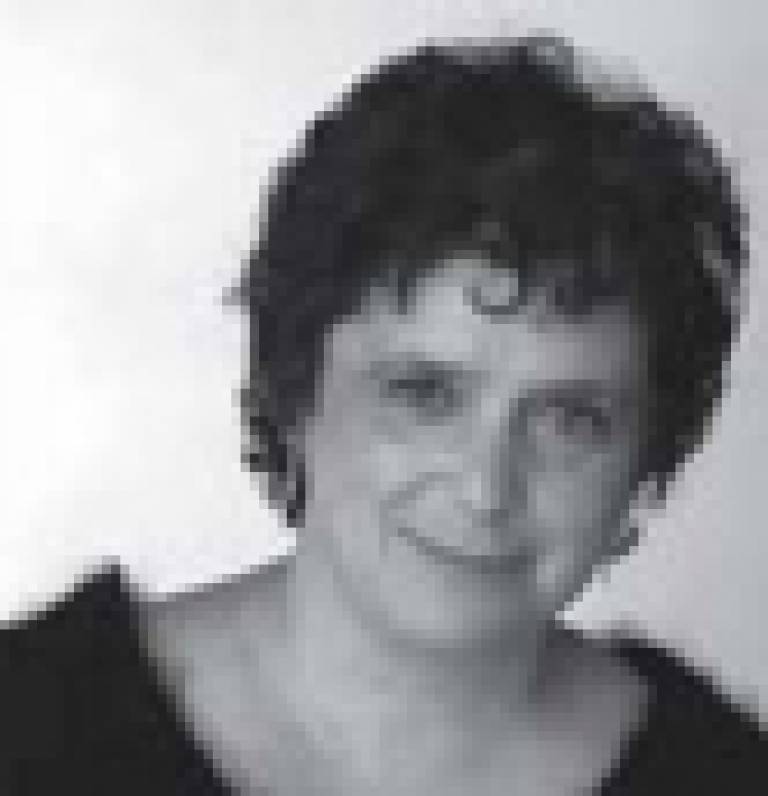 UCL Fellowships were awarded to:

Nica Burns (UCL Laws 1976), Chief Executive Nimax Theatres, who is a theatre impresario, producer and co-owner of the Lyric, Apollo, Garrick and Duchess theatres in London's West End. She made full use of UCL's excellent drama facilities, participating in 26 productions in three years. From 1983-1989 she was Artistic Director of the Donmar Warehouse and from 1993-2005 Production Director of Stoll Moss Theatres / Really Useful Theatres, programming and producing for 12 West End theatres. In 2001 her productions won four out of the nine Evening Standard Awards. She is also director of Britain's largest live comedy awards.

Rt Hon Terry Davis (UCL Laws 1960), who was elected Secretary General of the Council of Europe in 2004 by parliamentarians from 45 member states. It marked the culmination of 28 years in Parliament. As a leading member of the UK Delegations to the Council of Europe and Western European Union Assemblies (1993-2004), he worked to protect human rights, extend democracy and promote the rule of law, and was appointed to Her Majesty's Privy Council in 1999 in recognition of his services to the Council of Europe. A front bench opposition spokesperson on health, industry and economic affairs, Mr Davis was also a hard working MP for his constituents in Bromsgrove and subsequently Birmingham Hodge Hill. As a member of the Public Accounts Committee, he used his knowledge from UCL Laws and training in business administration at the University of Michigan, together with his skills as a senior manager in industry for 13 years. Having been President of UCL Union (1959/1960), he went to the USA on a UCL Leadership Exchange Scholarship in 1960, where he achieved high academic honours, gaining his MBA 'summa cum laude'.

John Heywood (UCL Laws 1968), who joined Price Waterhouse (PW) in 1968. He became a partner in 1980, specialising in audits and business turnaround assignments. From 1992 he held various senior leadership positions in the UK, Europe and China. After the merger of PW with Coopers and Lybrand he became the CEO of PricewaterhouseCoopers (PwC) Eastern Europe and later joined the Global Leadership Team of PwC, the largest professional services firm among the 'Big 4' accounting firms. He retired from PwC in December 2006 and now has a number of non-executive appointments, including the Home Office, a listed Russian metals company, as a Trustee of the UCL Friends' Trust, and a Governor of Hertfordshire University.

UCL Honorary Fellowships were awarded to:

Professor Leslie Aiello, who is President of the Wenner-Gren Foundation of Anthropological Research, the largest private foundation devoted to the support of international anthropological research. She received her BA and MA in anthropology from the University of California (Los Angeles) and her PhD in human evolution and anatomy from the University of London. Her academic interests focus on the evolution of human adaptation, as well as the broader issues of evolutionary theory, life history and the evolution of the brain and cognition. She spent the majority of her 30-year academic career at UCL, as Professor of Biological Anthropology, Head of UCL Anthropology (1996-2002) and Head of the UCL Graduate School (2002-2005). She was Co-Managing Editor of the 'Journal of Human Evolution' (1993-1999), and her publications include 'Human Evolutionary Anatomy' and 'The Expensive Tissue Hypothesis', as well as a number of academic papers on the evolution of language, cooperation, energetics and climate adaptation. She has been active with the media in the public dissemination of science, particularly human evolution.

Professor Uta Frith, who was born in Germany and studied experimental psychology at the Universität des Saarlandes. She subsequently trained in clinical psychology at the University of London's Institute of Psychiatry. After completing her PhD on autism in 1968, she was appointed to the scientific staff of the Medical Research Council and has been affiliated to UCL for nearly 40 years. She is now Emeritus Professor of Cognitive Development at the UCL Institute of Cognitive Neuroscience. Professor Frith's main focus of research has been on the neuro-developmental disorders of autism and dyslexia. Her studies have elucidated the brain basis of the cognitive difficulties that characterise these disorders. Her aim is to make this research relevant to education. She is married to Professor Chris Frith, at UCL's Wellcome Trust Centre for Neuroimaging, with whom she collaborates on the biological basis of social cognition. Her publications in peer reviewed journals number more than 200, and she is the author and editor of six books. She has received honorary degrees from the universities of Gothenburg, St Andrews, Palermo and York, and is a Fellow of the British Academy of Medical Sciences, the British Academy and the Royal Society.

Dr Negley Harte, who taught economic and social history at UCL for 37 years. For more than 30 years he was an elected member of UCL's Academic Board, and at various times held membership of UCL Council, the Finance Committee and virtually every other UCL committee. He was Editor of 'UCL Bulletin' and 'UCL News'. With his UCL History colleague John North, he produced three editions of 'The World of UCL' (1978, 1991 and 2004). He has been Secretary, President and Orator of the Crabtree Foundation. He has been Director of the Pasold Research Fund (textile history), Assistant Editor of the 'Economic History Review', and Editor of the 'London Journal'. He was awarded a DSc(Econ) by the University of London for his published contributions to economic history, and was elected a Fellow of the Royal Historical Society and the Society of Antiquaries. For nine years he was Public Orator of the University of London, and he also wrote a history of the university.

William Margulies, Founder of Ararat Publishing House in London. He was born in Germany but Nazi persecution forced his family to emigrate to the UK in 1934. He took a BCom and an MSc (Econ) at the London School of Economics, then entered his family's business in the clock and watch sector. Mr Margulies helped to manage the company's factory in South Wales and oversaw its establishment of factories in Switzerland, France and Hong Kong, as well as a retail distribution chain in the UK. He also ran the Ararat Publishing Society, publishing important volumes in Hebrew. Through his friendship with the late Manfred Altmann, Mr Margulies became interested in the Institute of Jewish Studies at UCL. He established the Benzion Margulies Lectureship in Yiddish Studies - in his late father's name - and one of the largest Yiddish libraries in Europe, making these endowments permanent. At the time of his emigration to Israel in 1995, he donated a substantial part of his Jewish and general library to UCL. In Israel he supports the Yiddish Theatre, as well as Yiddish studies at two universities. He is a governor of the Israel Museum and the Jerusalem Academy of Music, as well as a patron of the Israel Opera and the Jewish Music Research Centre.

Professor Chris Pitt, former Dean of UCL Engineering Sciences, who was born and educated in Blackheath, London. He served as an artisan apprentice with a major UK electronics company, during which he gained degrees in electronic engineering and solid state physics. Following several years in research and development of semiconductor components, he moved to transistor and integrated circuit manufacturing engineering in the International Telephone and Telegraph Corporation, working in the UK, Europe and USA. He joined the department of electronic and electrical engineering at UCL in 1971 as a Senior Research Fellow, later moving onto the academic staff as Lecturer, Senior Lecturer and Professor. The focus of his research during this period was optical integrated circuit material, processes and components, producing some hundred and fifty publications in academic and professional journals. He became Dean of the Engineering Sciences Faculty in 1999 and retired in 2005 to pursue his interests in walking, progress in the study of consciousness and gardening; and most significantly to enjoy life with his new partner.

Professor Patrick Vallance, Senior Vice President & Head of Drug Discovery, who is Head of Drug Discovery for GSK - that part of the pipeline that runs from the initial chemical hit against a target through developing the medicine and testing it to 'proof of concept' in the clinic. Prior to joining GSK in 2006 he was a clinical academic and led the UCL Division of Medicine. He has more than 20 years' experience of clinical medicine - general internal medicine, cardiovascular medicine and clinical pharmacology - and earned an international reputation as a vascular biologist and clinician scientist. His research has been translational, spanning structural and molecular studies, in vitro and in vivo experimental pharmacology and clinical studies including the use of largescale patient databases. He was elected to the Academy of Medical Sciences in 1999 and was its registrar until 2006.