The smoking ban is only the first step

Anyone who thinks that the smoking ban will make a significant dent in smoking prevalence is sadly mistaken, and the government will fail to reach its 2010 smoking reduction target, according to 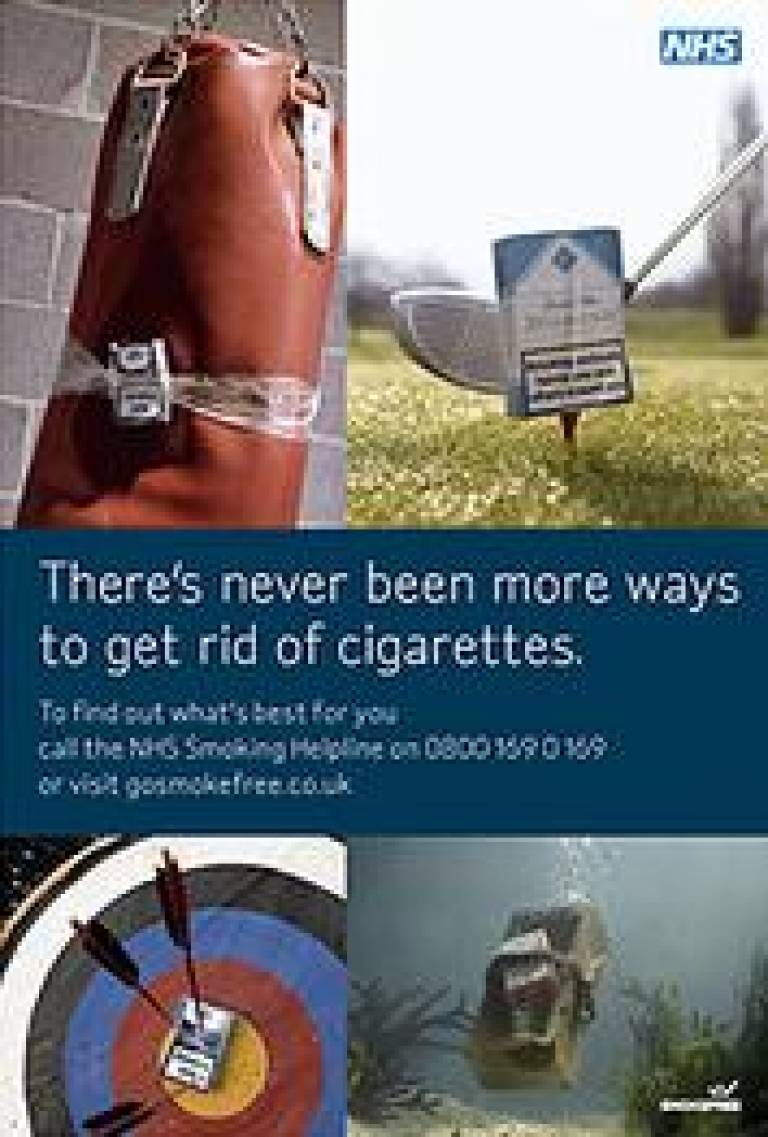 ucl.ac.uk/research/personal/?upi=RJWES36" target="_self">Robert West. He should know. As Professor of Health Psychology and Director of Tobacco Studies at the Cancer Research UK Health Behaviour Unit, he was one of the architects of the NHS Stop Smoking Services. So what will help more people kick the habit over the next 12 months?

More media campaigns
The unprecedented cash pumped into publicising NHS Stop Smoking Services in the months prior to the ban had a direct effect on the number of people asking their doctor about the support available or calling the dedicated helpline. Professor West envisages that funds will continue to be channelled into promoting the support services while momentum is at a premium.

Contrary to recent press coverage, he stresses that the campaigns were effective across the board: "The evidence is very clear that people on low incomes respond to just the same degree to public campaigns about smoking and are just as likely to try to stop as high-income smokers. The only difference between them is that they take in more nicotine, and smoke earlier in the morning - it's basically much harder for them to stop. It's really a question of making sure they get adequate treatment including medication and intensive specialist behavioural support. We must not assume that there's a one-size-fits-all solution."

A new drug
From the autumn, GPs are likely to prescribe new medication to help smokers give up. Champix (varenicline) was developed by Pfizer. It has been on the market in the UK since November 2006 but final guidance on its use is due from the National Institute for Clinical Excellence (NICE) at the end of this month, and each primary care trust then has three months to comply. Professor West, who conducts research and consultancy for manufacturers of varenicline and other medications, is certain that the guidance will encourage doctors to prescribe it given its cost-effectiveness.

"Champix is very specific. It targets the specific receptor that seems to be crucial to nicotine dependence. This means that higher doses can be used - comparable doses in less specific drugs hit other receptors and create side effects. It reduces the craving, blocks the effects of nicotine and has hardly any contraindications. The experience from the US and France is that once people get wind of this drug they will beat a path to the doctor's door."

Cheaper therapy
New treatments will only make a difference if people can afford them. The weekly cost of using one patch a day amounts to £12-15 per week, and many smokers benefit from more than one form of nicotine replacement. To encourage uptake the government is cutting VAT on treatment from 17.5 to five per cent. The discount will initially only be available for one year but could become permanent if it has a positive effect.

Intensive behavioural support
In November 2007 NICE will also issue guidelines on the kind of behavioural support primary care trusts should give to would-be non-smokers. At the moment, many people only get to see the practice nurse for a one-to-one chat at irregular intervals - an approach that has limited success, according to Professor West. The clinical trials on which Professor West and colleagues based their guidelines involved more intensive behavioural support provided by specialists trained and employed for the purpose. It is hoped that more aspiring non-smokers will be offered weekly sessions over at least four weeks, starting on or before their quit date. They will be delivered by someone trained in the role, and preferably take place in groups.

It should be even easier to access this kind of support in the near future. The Department of Health is launching a pilot project whereby the NHS conducts full support sessions over the phone. This is likely to be rolled out nationally after the results of the pilot are assessed in January/February 2008.

Going beyond box-ticking
Simply raising the subject of smoking with patients makes GPs eligible for points that translate into cash through the Quality and Outcomes Framework - the annual reward and incentive programme for GP practices that has been running for two years. Many groups are lobbying to change this, says Professor West. GPs should only receive points if they prescribe medication or actively encourage patients to use the NHS Stop Smoking Services.

Co-ordinating tobacco control
The Department of Health is finalising guidance that will improve the way smoking prevalence is monitored and what stopping smoking services are provided. Moreover, there are moves afoot, led by anti-smoking campaigning charity ASH, to persuade the powers that be that a multi-agency strategy is needed to combat smoking. In terms of government involvement, the Department of Health and the NHS should be joined by the Treasury, given the crucial role of cost in tobacco control. 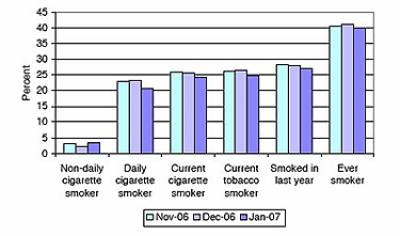 "About 40 per cent of tobacco smoked in UK is smuggled. Much more could be done by Customs and Excise to tackle smuggling and raise the real cost of smoking, which would have a marked effect," Professor West says.

The Royal College of Physicians, the Royal College of Nurses and other professional bodies would play a key role, in view of their traditions of lobbying for changes in policy regarding smoking. Industry and the research base would round out the 360 degree approach.

"This is the only kind of group that could see the whole picture in terms of combating tobacco addiction, and that would be able to respond in a timely manner to the efforts by the tobacco industry to protect their markets. What's promising is that we're all pretty much thinking along the same lines in terms of what needs to be done."

Meeting targets
The experience of the smoking ban in Ireland and elsewhere suggests that the ban itself will have limited impact on the government target of 21 per cent smoking prevalence by 2010. Around 25 per cent of people in England admit to smoking cigarettes. To cut this figure by one per cent, every single smoker in the country would have to try to stop, and at least half of them would have to use effective treatments to help them do it.

"The government is looking for a miracle, basically. But the point is not whether we will reach arbitrary targets but the fact that for every one per cent of smokers we see about 3,000 unnecessary deaths per year. Everything we can do to bring down the figure means a lot of suffering prevented."