Researchers have found a gene variant that can more than double the risk of developing age-related macular degeneration (AMD), the degenerative eye disease. 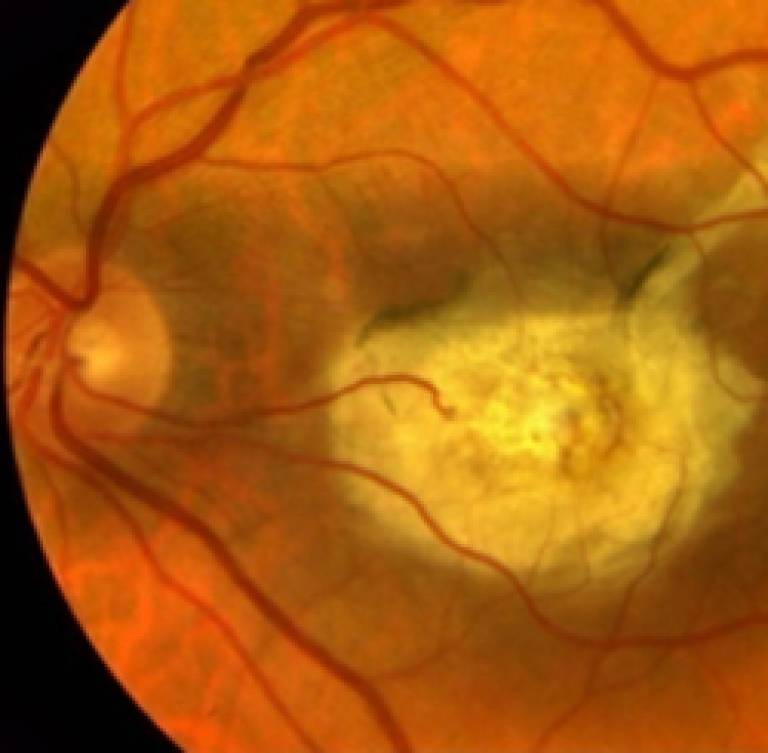 The initial studies were carried out by a team of researchers led by Professor John Yates (Cambridge) and Professor Tony Moore (UCL Institute of Ophthalmology).

The macula lies at the centre of the retina and is essential for detailed central vision. Degeneration of the macula interferes with important tasks such as reading and driving.

AMD, the cause of which is poorly understood, is the leading cause of visual loss in older people and the commonest cause of blindness in the USA and European countries. The results of this research, funded by the Medical Research Council, provide strong evidence that inflammation is an important part of the disease process in AMD. The goal of this type of research is to achieve a full understanding of the causes of AMD, which should lead to the development of better treatment and strategies for prevention of this common and debilitating disease.

To find out more about Professor Moore's work, use the link at the top of this article.