Roche Diagnostics and Multilyte Limited, a company founded in 1988 by Professor Roger Ekins, Head of Molecular Endocrinology at UCL Medical School, and jointly owned by UCL and Professor Ekins, have announced a licensing agreement giving Roche Diagnostics the right to develop and market miniaturised, ultrasensitive, multiparameter binding assay systems relying on 'biochips' or 'microarrays' to assay proteins and other antigenic substances. 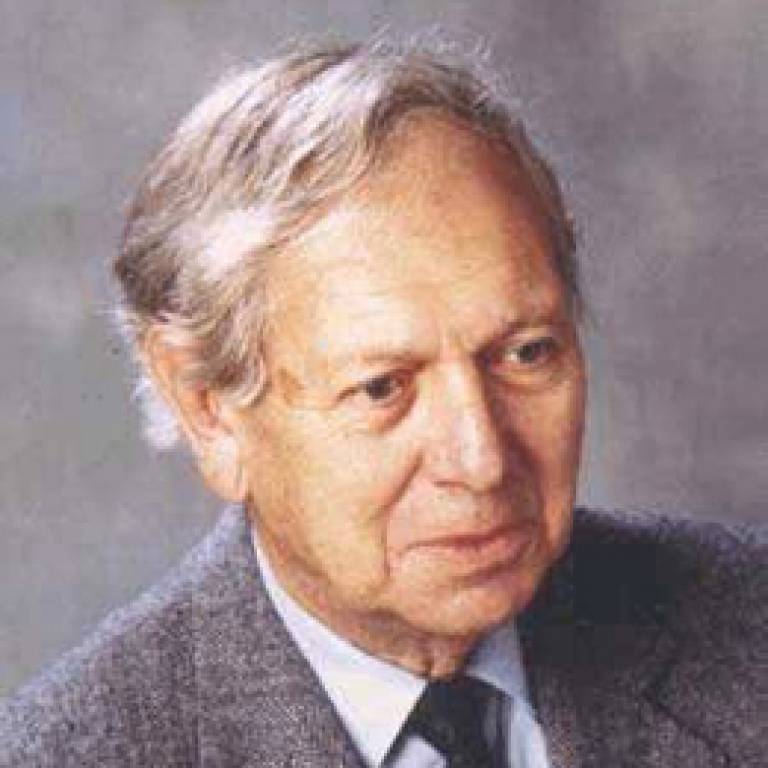 The technology, developed by Professor Ekins in the course of his studies on the effects of maternal hormones on early foetal brain development, enables clinicians and researchers to simultaneously and rapidly detect and measure with great sensitivity tens, hundreds or even thousands of different substances of crucial biological and medical importance present at low concentrations in a small biological sample, such as a drop of blood. Such substances range from the HIV virus, hormones such as the thyroid hormones and insulin, vitamins, drugs, tumour-related proteins ('tumour markers') and nucleic acids, such as DNA and RNA.

Professor Ekins, who is internationally recognised as a pioneer in the development of immunoassay and other binding assay methods, said: "This miniaturised technology - which in many ways resembles that employed in computers or domestic CD players - represents, in my view, the ultimate diagnostic technology within the class of diagnostic methods that depend on the measurement in biological fluids and tissues of amounts of substances indicative of disease, endocrine dysfunction or genetic abnormality. It constitutes a revolutionary invention that is likely to prove amongst the most important in the biomedical field of the last and present centuries, forming the basis of the most heavily government-funded project in this area in US history, the Genosensor project. Roche Diagnostics, a division of the Swiss company Hoffman-la Roche, one of world's largest pharmaceutical manufacturers, is a world leader in medical diagnostics. Its development of the technology embodied in the Multilyte/UCL patents represents a major step forward in the advancement of patient healthcare. It underlies, for example, the development by many pharmaceutical companies of 'personalised medicines', whose use will critically depend on the identification of individual biochemical features of the patients to whom they are administered."

Internationally, the present immunodiagnostic market is valued at about $10 billion a year, but this is likely to increase significantly as a consequence of burgeoning interest in the development of diagnostic methods relying on DNA and RNA analysis, for example in the identification of infectious disease and of bacterial strains resistant to particular antibiotics (such as are emerging in the bacterium causing tuberculosis). The use of nucleic acid microarrays alone has been estimated by US market analysts as likely to create a market of $40 billion in the next decade, though protein microarrays may ultimately prove of even greater diagnostic and commercial importance.

Under the terms of the agreement, Roche Diagnostics is licensed to use Multilyte's patents in return for a licence issuance fee and ongoing royalties from any products that result from Roche Diagnostics' use of the patents. The deal holds the promise of substantial and increasing royalties to Multilyte, as Roche Diagnostics further consolidates its position in the diagnostic industry. It builds on an option agreement between the two companies reached in April 2005, and will move the revolutionary biochip technology into the diagnostic sphere, where it is likely to expose further commercial opportunities.

Professor Ekins published his first papers in the binding assay field in 1960, describing assays (based on the use of radioisotopes) for the thyroid hormones that ultimately proved of major clinical importance in the diagnosis of thyroid disease. In the early 1980s, he led the development (in collaboration with the Finnish instrument manufacturer Wallac) of a second generation of binding assays that, whilst avoiding the use of radioactivity, yielded higher sensitivities in much shorter times than conventional methods, and which led to the development of the automatic blood analysers presently in routine diagnostic practice in hospitals throughout the world. In the late 1980s he conceived of, and patented on UCL's behalf, the revolutionary, third-generation, 'multianalyte' microarray-based assay methodology described in the patents now licensed to Roche Diagnostics, which are already proving to be of key importance to the new sciences of genomics and proteomics.