UCL and China in the Year of the Pig

On 18 February, grey London streets will swarm with dancers, jugglers and dumpling-sellers marking the first day of the Chinese Year of the Pig. 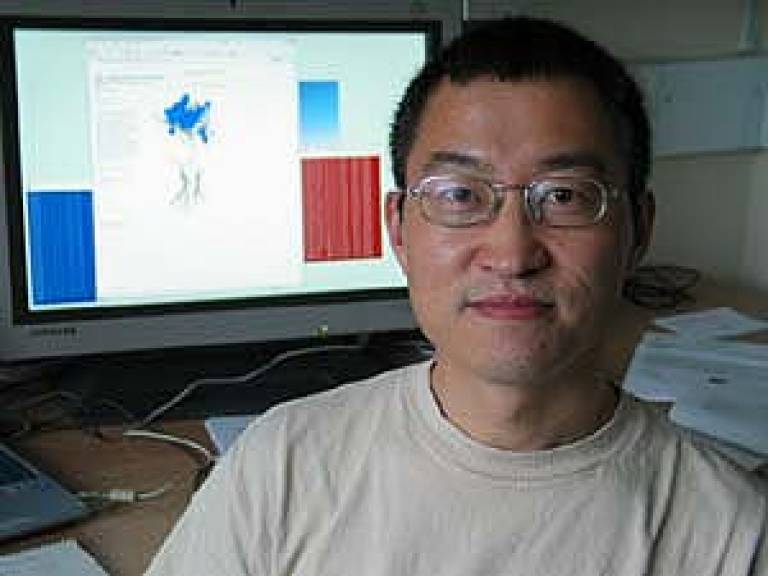 UCL is holding its own celebration on 20 February for its Chinese community, which at over 1,000 students is the largest minority group at the university.

In the 1930s, Professor Xia Nai, Director of Beijing's Institute of Archaeology, studied for his PhD at UCL, spearheading archaeological collaborations that today prosper through the International Centre for Chinese Heritage and Archaeology. At the start of the 21st century, teaching and research initiatives between the two countries are flourishing across the faculties. Here UCL academics tell us about the attractions and peculiarities of East-West scholarship.

Dr Therese Hesketh of the UCL Institute of Child Health has worked in China for over 20 years. Over the past decade she has developed research projects with several Chinese organisations, focusing mainly on reproductive health. She has just completed a study with Zhejiang University, where she is a Visiting Professor, into the health of internal migrants, and hopes to carry out another with Zhejiang on the impacts of the hugely distorted sex ratio on individuals and society in China.

"The potential to collaborate is vast: there's a huge desire to work with the top UK universities, and it's a huge country. The skills base in China is very strong; researchers are especially keen on quantitative research methods. It's a great place to run clinical trials.

"The pace of change over the past 20 years has been breathtaking. Vast areas of cities have been demolished and rebuilt. On a political level there has been a huge increase in freedom for individuals in terms of movement, choice of employment and freedom of speech. The Chinese press now readily criticises aspects of government policy, which would have been unthinkable even ten years ago. The urban migrants we've studied, however, are generally coping very well with the transition as they are very optimistic about the opportunities to improve their lot."

Professor Robert Brown, Director of the UCL Tissue Repair & Engineering Centre, has received a grant from the UK Biotechnology and Biological Sciences Research Council that will help him set up a network of four UK and four Chinese universities to encourage the exchange of postdoctoral researchers. UCL will focus on the tissue engineering branch of the network with Shanghai Jiao tong University, with whom Professor Brown collaborates on rapid bone fabrication. He plans to launch the network at the European Tissue Engineering Conference that UCL will host in September.

"Biotechnology and electronics nanotechnology - that's circuitry and chips - are a top priority in China at the moment. The institutes I've visited are fantastically resourced; scientists in China are revered and the Chinese government is well informed because many of them are technocrats - the President is a hydraulic engineering graduate.

"There's a different approach to research. Western science is almost fashion driven: grants are awarded to areas that are in vogue, which tend to change every few years. This means our scientists can lightly graze the ground, while also making big leaps in knowledge. The Chinese have a much more thorough approach, and are very tenacious. It's surprising how much knowledge transfer into industry is taking place."

Marco Federighi, Sub-Dean of Engineering Sciences, is developing teaching initiatives involving Chinese students. His faculty has had a close relationship with Dalian University of Technology, a strong science and technology university in the north-east of the country, ever since a UCL Chemical Engineering postdoc joined their academic staff. A number of Dalian engineering graduates now come to UCL every year to do Masters programmes. Mr Federighi would like to see more links of this kind.

"We are creating a masters course in Energy that will be delivered face-to-face and online as a distance learning programme for full-time employees in energy companies. It will be particularly relevant to China given that it is a major energy consumer and is interested in international energy supply contracts. The programme will start in Autumn 2009 at the latest, and will be in line with the Bologna process [a framework agreed by 29 European countries to create a European higher education area by making degree and quality assurance standards more compatible].

"We also run cross-disciplinary summer schools in design and energy for students from American, Russian and Italian universities as well as UCL, and I'd like to get Chinese students along to them too. The schools provide a useful precursor to academic life at UCL, and a taste of living in London."

Ziheng Yang of UCL Biology is one of two Chinese professors based at UCL (his compatriot is Guo Xiong Wu in UCL Mechanical Engineering). Having studied at Cambridge, Penn State and Berkeley, he came to the UK for his first job. He has worked at UCL for ten years, and last May was made a Fellow of the Royal Society - the first person from mainland China to receive this honour.

"I'm currently collaborating with a professor at the Institute of Zoology of the Chinese Academy of Sciences on computational biology - the mathematical analyses of genetic data. The area has become very popular in the past five to ten years due to the flood of data that's become available.

"I had an idea that it might be difficult for a foreigner to progress quickly in the UK university system, but this was a misperception; I was lucky to be promoted really quickly. I became a professor after four years and a Fellow of the Royal Society last year. It was embarrassing as well as exciting - the Chinese Embassy laid on a celebration and invited journalists from all over and I hadn't even put on a tie! The British don't talk about equal opportunities as much as they do in the States, but they put it into action."

Dr Tao Cheng of UCL Geomatic Engineering came to UCL last July. A graduate of Wuhan University (home to the largest geomatics group in the world), she is now a guest professor there, supervising a PhD student at Wuhan who is working to predict forest fires based on historic data.

"At UCL, there are nine academic staff in Geomatic Engineering for 60 MSc students and 24 PhD students. Staff at Wuhan are very impressed by UCL academics' productivity! The smaller group here means it is very close - my colleagues are warm and supportive - and there is a lot of contact with students. But I also have the chance to meet all kinds of interesting people: people from academia, government and industry. The culture is very open: there are many foreign academic staff and students from all over the world.

"In China there are more lecturing hours than in the UK; UK students have more time and space to think, and self-study is important. In two or three years' time I'd like to explore the chance of doing research through the European Union Seventh Framework Programme, which allows academics in countries outside the EU to receive funding for joint research projects." 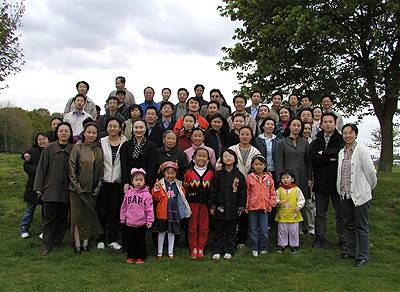 Dr Haitao Ye, based at the London Centre for Nanotechnology, is researching the potential of using diamonds in high-performance semiconductor devices. He is Vice-Chair of the China Students and Scholars Association-UK, and was President of the UCL branch of the association (the largest of the London university branches) for two years.

"In the UK, with the tutorial system, there is the potential to be a superstar - you have the chance to show off so lecturers can discover your talent and give you further training and support. Here there are opportunities to showcase your research. You can get funding from the university or from the Institutes of Physics, Materials, and Electrical Engineering to attend conferences, and for travel or research grants. But you have to motivate yourself. In China, even PhD students are 'taught' regularly; at UCL, supervisors give broad directions - you must explore the detail yourself and work out how to achieve your goal."

I've helped organise a number of meetings with the Chinese government to encourage Chinese students in the UK back to work in China. I hope to spend a few more years in the UK and then go back to China to teach - I owe my country a lot."

"Since taking on this job four months ago, I have been delighted by how strong our links with China are, and how fast they are growing. The five described here are the tip of the iceberg. Earlier this month the think tank Demos published a study of science and innovation in Asia, suggesting that China might be the next science superpower; collaborations like these between leading universities in both countries are a key part of this new global flow of knowledge and brainpower, and UCL is proud to be part of it."

Image 1: Professor Ziheng Yang is the first Fellow of the Royal Society from mainland China
Image 2: Members of the China Students and Scholars Association-UK on an outing to a safari park

To find out more about UCL and China, follow the link at the top of this article.