A date with Venus

The UCL Mullard Space Science Laboratory (MSSL) played cupid with 350 school pupils and Venus this Valentine's Day - and it was love at first sight. 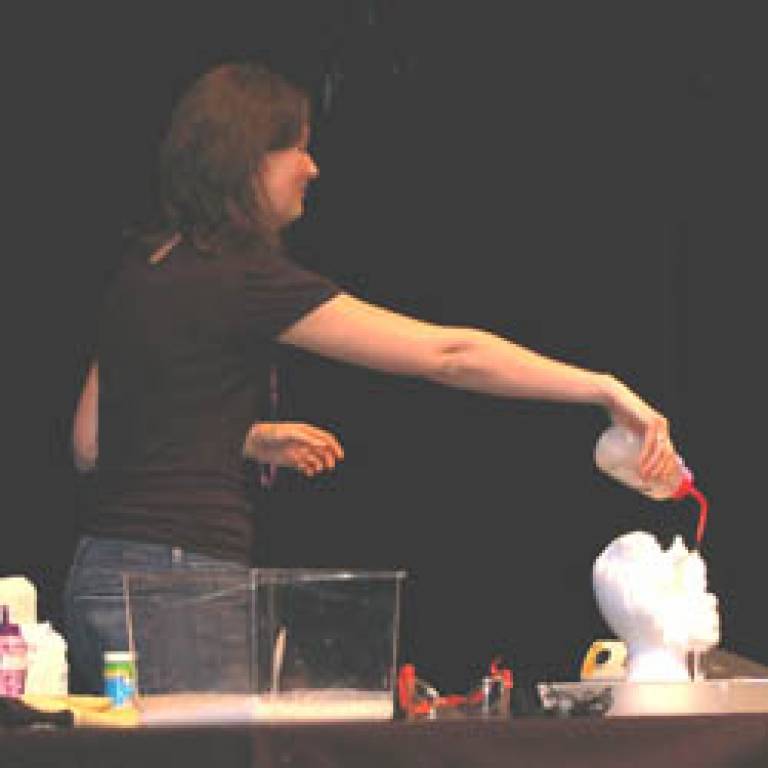 The secondary school pupils were treated to a specially written science show at the UCL Bloomsbury Theatre, organised by UCL MSSL and UCL Widening Participation.

The show looks at how space research has transformed our view of Venus, from the myths and legends in which the planets were believed to have lush forests and cities, to being regarded as possibly the most hostile place in the entire solar system.

Event organiser Dr Lucie Green (UCL MSSL) said: "Through science and space exploration, we now know that Venus has clouds of acid, surface temperatures of over 400 degrees C and an atmospheric pressure 90 times that on Earth. To walk on Venus would be like trying to walk through water 900 metres down. The soaring temperatures on Venus are thought to be due to a run-away greenhouse effect due to the large amounts of carbon dioxide in the atmosphere which traps the Sun's energy. Venus is the same size as the Earth and our nearest planetary neighbour, and is now called our 'evil twin' because of the extreme environment there."

The pupils were also introduced to UCL scientists involved in space research at UCL MSSL and the variety of jobs involved. MSSL is currently involved in Venus Express - the latest mission to Venus. Organised by the European Space Agency, UCL has designed and built one of the craft's instruments, and UCL researchers are involved in analysing the data being returned, with particular interest in the erosion of Venus's atmosphere.

The project is part of UCL's Equality Action Planning and is working with some of the most deprived schools in London, in order to break down perceived barriers and raise aspirations amongst the children for higher education and careers in science.

Image 2: A volunteer is scanned by an infra-red camera