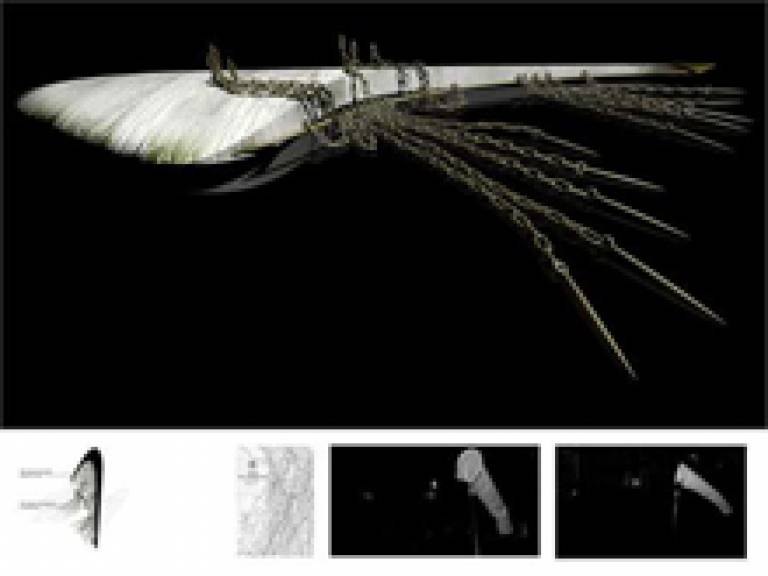 
UCL Bartlett Diploma student Steve Westcott has won this year's prestigious RIBA Silver Medal for Best Design Project at Part 2. A Silver, Bronze and Best Dissertation medal are awarded each year to the most outstanding students from UK architectural schools.

Steve's winning project, 'Greenwich Perceptual Observatory', draws on his work into the observation of natural phenomena and architecture's role in enhancing perpetual experience and combines it with a study into the landscape and history of Greenwich Observatory. The result is an extraordinary complex of rooms, courtyards, views and towers, woven around a new open-air matrix replacing Greenwich Observatory's Octagon room.

"The reformulation of the earliest Observatory within Greenwich, Flamstead House, is inspired by the principles of Kurt Schwitter's 'Merzbau' and investigations generated from Herman Melville's 'Moby Dick'. From the narrative, Captain Ahab's cabin is examined as a spatial organism driven by mappings in pursuit of a white whale. The investigations underpin the design for the Perceptual Observatory as its form and interior condition evolves from the qualitative and quantitative observations it collects," explains Steve.

Commenting on the project, Steve's tutor Niall McLaughlin said: "The project is a journey in time, a remembered room, a machine for looking, a place for architectural inquiry and drawing, and a site for allegory and myth. It's an exceptional response to this year's theme of 'Migrations' inspired by Melville's 'Moby Dick'.

To find out more about the awards use the links at the top of this article.

Images:
1 Ahab's tools of navigation - the traverse board and wind sock aid the collecting of information in pursuit of the white whale
2 A mapping of obsession - a hope to be able to see a grammar if only enough words and phrases are brought together