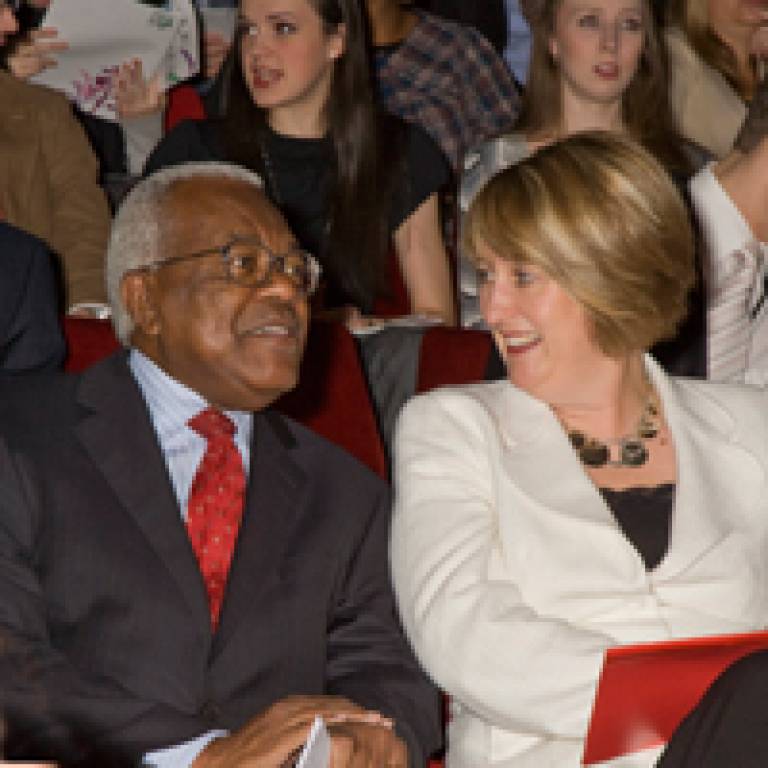 Nine groups of young people had their efforts in the community rewarded at the Philip Lawrence Awards on 4 December 2007, held at the UCL Bloomsbury Theatre.

The Philip Lawrence Awards, run in partnership with the Home Office, recognise the exceptional commitment shown by groups of 11- to 20-year-olds to transforming and improving their local communities. Sir Trevor McDonald OBE hosted the ceremony with the Home Secretary, the Rt Hon Jacqui Smith MP, HRH the Duchess of Kent, and Frances Lawrence, the widow of Philip.

The Philip Lawrence Awards were established in 1996 in memory of the head teacher who was murdered while protecting a pupil outside his school. The awards, run by children's charity 4Children, have supported the positive work of over 1,000 young people across the UK by celebrating and congratulating their achievements. The winning groups received a prize of £1,000.

The Home Secretary said: "I am pleased to be associated with the Philip Lawrence Awards, which yet again have recognised the work of young people from across the country. The winning teams have demonstrated how they are making a positive contribution to their communities. I hope others will be inspired by the example they set."

Professor Michael Worton, UCL Vice-Provost (Academic & International), who is a member of the judging panel added: "UCL is committed to education for Global Citizenship and to ensuring that all of our students and staff are able to make a difference to the community in which they live, no matter how small.  I am proud that both UCL and I are associated with the Philip Lawrence Awards, which starts from the belief that every young person can achieve great things if they are given the appropriate opportunities, support and recognition.  This year, as in previous years, I have been both inspired and humbled by the achievements of all of the winners.  They are truly inspirational young people.'