Dr Matthew Beaumont, UCL English, is the editor of a new book that seeks to redress the balance in debates about nineteenth and early twentieth century literary criticism. 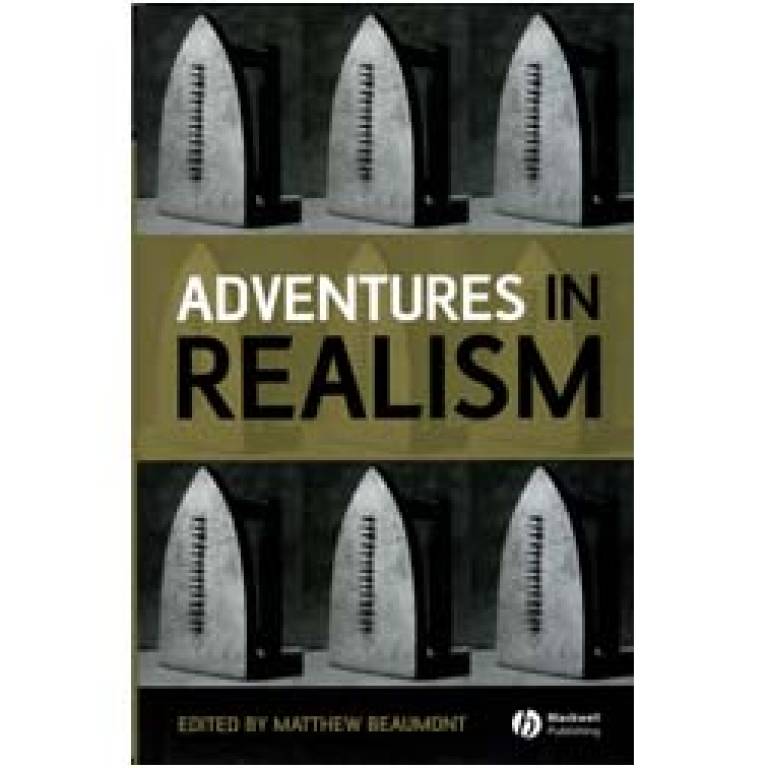 'Adventures in Realism' brings together several highly respected academics to argue that realism deserves to be reinstalled at the centre of debates about art and literature. Dr Beaumont describes realism as "the idea that it is possible through the act of representation to provide access to material, historical reality, not just aesthetically but cognitively". He argues that the ways in which realism has represented the world - through literature, philosophy, painting, photography and film - are as provocative as any later movements, such as modernism or postmodernism.

Realism has been seen as rather unfashionable since the advent of postmodernism in the 1960s and 70s, explained Dr Beaumont: "Postmodernism has championed types of representation that do the opposite of replicating the world. It is very aware of the limitations inherent in representing anything, and makes us abandon belief in a means of understanding the world. It therefore sees realist attempts at representation as naïve."

Professor Rachel Bowlby, UCL English, sums up the problem of people's perceptions of realism in her preface to the book: "Poor old realism. Out of date and second-rate. Squashed between the freshness of romanticism and the newness of modernism, it is truly the tasteless spam in the sandwich of literary and cultural history."

Dr Beaumont argues that, on close inspection, realism proves to have been acutely aware of its limitations, and to have acknowledged that, in attempting to represent things, it was being selective. He said: "I think that realism was in fact creatively selective, and was always experimental in seeking new means of representation." In this sense, realism pre-empted much of what postmodernism has attempted to do.

The book contains essays from distinguished academics, with backgrounds in literature, history of art and philosophy. Together they describe the context in which realism developed, and look at the new artistic media, such as photography, film, and new styles of painting, which altered the ways in which people perceived reality. Although initially conceived as a textbook, it developed into much more than a narrative account of realism. Dr Beaumont said: "While commissioning authors for this book, I realised that there was an important contribution to be made to the debate. I would like the book to be seen as a polemical intervention as well as a guide for advanced students."

To find out more about 'Advances in Realism' and Dr Beaumont, follow the link at the bottom of this article.