As part of her ongoing mission to change public perceptions of science, UCL researcher Dr Jennifer Rohn has come up with a campaign to transform the humble white coat. 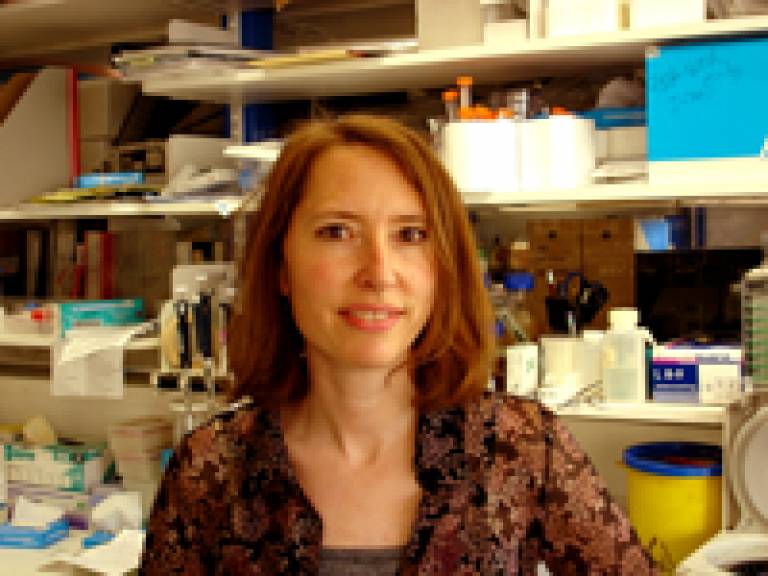 'Stripping off the White Coat' is a competition designed to challenge the fashion world into coming up with a twenty-first century alternative to the scientist's uniform.

According to Dr Rohn: "The white-coated boffin has become a staple stereotype of modern scientists, along with glasses, messy hair and maniacal laughter. But the reality is far more complex than the stereotypes suggest. Many researchers have a hip, edgy or arty fashion sense, but this look is obliterated when they don the mandatory white coat to do their experiments."

While accepting that there is a practical need for some kind of protective clothing in the laboratory, Dr Rohn feels the white coat is in dire need of an overhaul: "In an age of litigation, protective clothing has become obligatory in most research institutions. But there is no reason why the coats have to be shapeless, sexless and colourless to do the job. The current design has been with us for nearly a century and is highly unflattering - surely we can do better."

The 'Stripping off the White Coat' campaign is a light-hearted attempt to address what, for Rohn, is a serious issue - the misrepresentation of scientists. This is an issue she has been tackling for a number of years through her science journalism and latterly her 'LabLit' website. LabLit is a resource for scientists writing about science and keeps a list of all TV programmes, films, plays and books that feature credible scientist characters or that are set in realistic laboratory backdrops.

Unsurprisingly to Rohn, the vast majority of fictional labs are inhabited by the kind of stereotypical scientist described above, something she believes is damaging to the profession and potentially counterproductive to the general public's understanding of some of the issues facing twenty-first century science: "If science was better represented then perhaps we wouldn't have so many people campaigning against animal testing or stem cell research, perhaps they would understand the issues better."

Rohn hopes that the site - which is designed to appeal to both scientists and non-scientists - together with her latest initiative will help raise the profile of science and change the way we view scientists. To find out more about 'Lablit' and the  'Stripping off the white coat' initiative, which will culminate in a central London catwalk show, use the links at the top of this article.