The UCL Beacon project comprises an interdisciplinary group of researchers, including biologists, clinicians, mathematicians and computer scientists, at the UCL Centre for Mathematics and Physics in the Life Sciences and Experimental Biology (CoMPLEX), who have embarked on a long-term mission to recreate a human liver - not through stem cell techniques in a laboratory, but entirely in cyberspace. 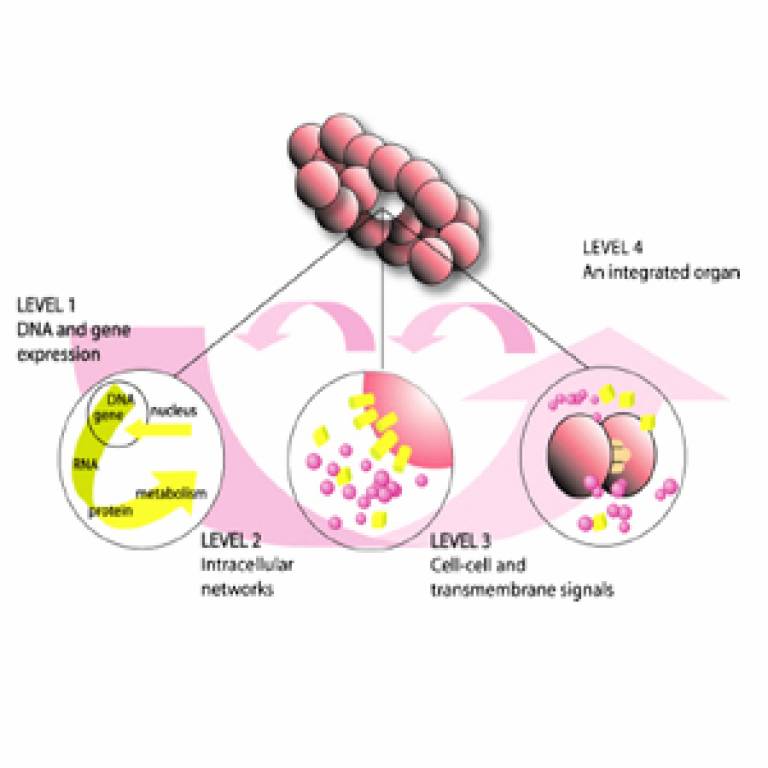 This pioneering type of research - termed 'in silico physiology' - is the modelling of human or animal organs using high-end computer algorithms. The resulting product enables researchers, clinicians and students unprecedented access to the human body and its functions without the need for invasive treatments or animal or human testing.

It is a research area that promises to revolutionise medicine and biology by eliminating the requirement for physical samples. Researchers may soon be able to tailor organ models to see how they react to various drug therapies or to witness the effects of disease. Models may even be created of an individual's organ, based on their genes, to see the patient's internal dynamics and to discover where problems lie, without the need for biopsy or other invasive treatments.

The liver is a highly complex organ, and it is necessary to tackle the problem of developing computer models step by step. The models will eventually be able to enact the physical processes conducted by the liver from the sub-cellular scale to the whole organ, and to see how blood and bile flows around the organ, both in health and disease.

The creation of the organ and its biological scales will be a huge step forward in the study of liver diseases such as diabetes, as well as in the understanding of processes occurring in different parts of the liver and the significance of their interaction. At such an early stage in the development of such tools, the Department for Trade and Industry-funded project is also acting as a test bed for the development of modelling tools and methodologies for subsequent projects.

Led by Professor Anne Warner, the UCL team have begun by modelling glucose homeostasis - the process that controls blood sugar levels - in the liver, because of its significance to type II diabetes. There is strong emphasis on working with organisations or companies to translate their findings and techniques into improved medical care. The group benefits from excellent interactions with the Institute of Hepatology at UCL.

Professor Warner said: "Our project will provide essential underpinning tools that can be used as building blocks for hierarchical models that will illuminate both the biological and medical sciences. We aim to tackle the difficult problem of model integration across scales that run from gene expression to cells interacting within an organ. We shall first construct a multicellular, prototype organ based on an epithelial structure. Epithelia underlie the formation of organs ranging from simple organs tissues such as the gall bladder through to complex organs such as the kidney liver and kidney the liver, where basic epithelial function has been elaborated substantially. This prototype organ will be tested by building a complete model of one of our exemplar systems and ultimately will be used as a basis for the construction of an in silico model of the liver."

This project is one of many systems biology research projects being conducted across UCL, illustrated at a recent UCL CoMPLEX workshop devoted to the subject, at which mathematicians, medical engineers, neurologists and computer scientists shared their advances. The international academic community is also interested in the possibilities of systems biology, with teams across the world working on various organs. One project, involving UCL's Professor Peter Coveney (UCL Chemistry) is working towards utilising high-end computing to build a complete virtual physiological human, which will bring together models to create an entire representation of the functions of the human body.

Image: The UCL Beacon Project aims to build an in silico model of the liver that integrates information across scales from genes to the integrated organ