UCL Union: "Not just a bar"

It's the oldest student union in the UK, with over 100 staff and more than £1 million each year to represent the interests of 19,000 students. 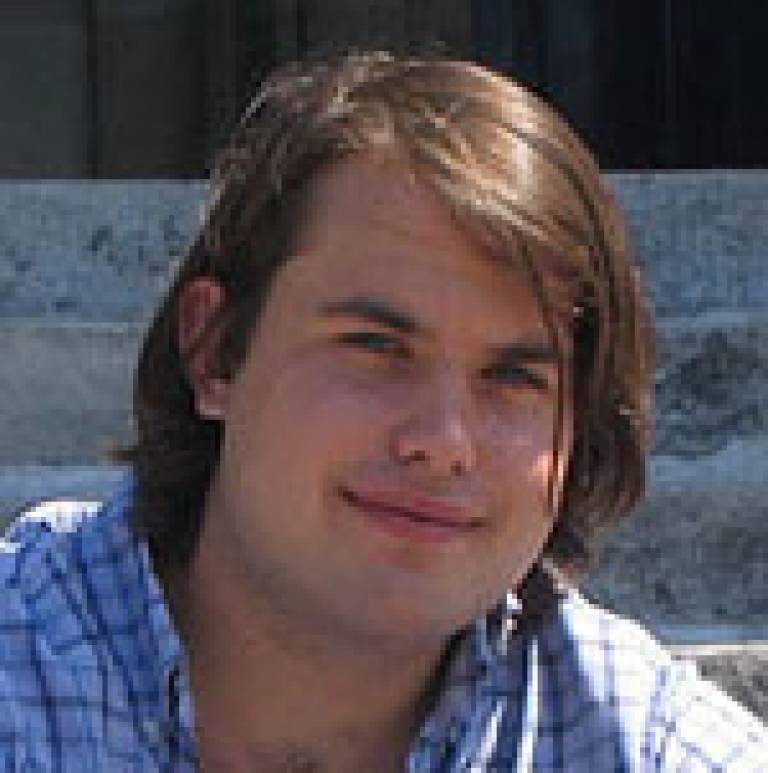 Every year six sabbatical officers opt to spend 12 months in a small room on the 4th floor of Gordon Street, running this far-reaching but little understood organisation. Find out who is at the helm this year, how they do it and why…

"It's not just a bar and a building"

As you might expect from a communications officer, Nick Barnard is quick to summarise the team's focus this year: "Increasing awareness of the role the union can fulfil, and just how broad that role is."

A former English student who spent a good deal of his "plentiful knocking-about time" in the union, Nick is already stuck into organising celebrations for the 60th anniversary of 'Pi' - the official UCL student magazine where the likes of Jonathan Dimbleby cut his teeth. As for the future, 'Pi Squared', a fortnightly sister publication, will be launched in October.

Beyond print, Nick wants to bring together bodies such as Rare FM, BTV and the Film Society to create a recognisable centre for UCL student media. In the online domain, a sleek new union website was launched earlier this month.

"In our surveys, no one would admit to using the internet for less than two hours a day! It's partly because UCL isn't a campus university, so the sense of community we're looking to foster is ideally done online."

"I couldn't choose between universities. Then the guy in the UCL interview said 'You're the one interested in theatre…' "

The new website is a gift to Robbie Swale, who'll use it to communicate with UCL's 150 clubs and societies. A maths graduate, sports fan and UCL drama veteran, he is raring to champion students' diverse interests, from Balls! (the juggling society) to Bongos and Ethnic Music.

Robbie believes that the calibre of extra-curricular activities and facilities at UCL is a powerful tool in attracting students from a range of backgrounds. He hopes to get sports teams into schools to coach and talk about life at UCL.

His priorities this year? Getting more people to Shenley, the UCL sports ground that has such high-quality pitches that premiership football team Watford trains there, and the Mandy Walker Games, the annual students vs alumni charity sports day.

Robbie's dream legacy would be finding a new, free, union building. "This building was a temporary home for the union 51 years ago! It'll be at the forefront of our minds until a solution is found."

"We need to educate our students about what we can do"

Zoe Davies has taken on the challenge of luring students scattered across London into a union that by law can no longer serve drinks promotions and has had its capacity cut by more than half for health and safety reasons.

"We have to find new types of events to bring people in, especially as we're right by Soho." Monday will now be shishah night with bhangra and urban beats, and live music will be featured regularly.

Zoe started at UCL after only a couple of visits to London and initially found the big smoke intimidating. She's now passionate about educating students about the support and rights to which they are entitled, having needlessly forked out for prescriptions during her student days, coped alone with course difficulties and attended student union votes with low turnout.

"There's a plethora of information that can help students, and it's up to us to tell them about it rather than wait for them to come to us."

"Postgraduates should feel part of the university"

Eleanor Fletcher is fresh to the union and, as a medic, has not felt deeply involved with the university until now - something she wants to tackle for medics, postgraduates, and other students based away from Gower Street.

"Postgraduates out at the Mullard Space Science Laboratory in Dorking don't get to see posters about what's on - it gives you a very different view of what it's like to be a student."

Eleanor will visit sites and lay on inter-faculty socials for postgraduates to boost their sense of belonging, as well as events that will appeal both to postgraduates and undergraduates. She'll also be figuring out how to get postgraduates involved in sports, given that they aren't free for Wednesday afternoon practices.

According to Eleanor, the introduction of an entrance exam, a new medical job application process and top-up fees all mean the average medical student now works harder than ever, and is less interested in alcohol-related activities. Top of her list is research to find out what these diligent students want from the union.

"The whole point of the union is education and welfare"

Ed Bray, a history of art graduate, wants to ensure these harder-working students have access to libraries around the clock. He is looking forward to the findings of a report into last year's pilot programme of keeping libraries open until midnight during exams.

But Ed is also concerned to provide care and support for students putting in the extra hours: mental health awareness is high on his list of priorities.

"Mental health is an issue people aren't aware of, sometimes even people who are directly affected. I'm planning two wellbeing weeks which will publicise this sensitive area."

Ed's feelings about the challenges of being a sabbatical officer sum up the outlook of the new team: "With tuition fees and the rise in visa charges, it's an important time in higher education. It's so difficult to keep everyone happy." But all the new sabbatical officers agree with Eleanor's take on the job: "We've all got big ideas and lots of excitement that will hopefully carry us through."