Debrecen airport, a former military base in eastern Hungary, is nowadays a small commercial airport, competing for business in the tough European aviation market. 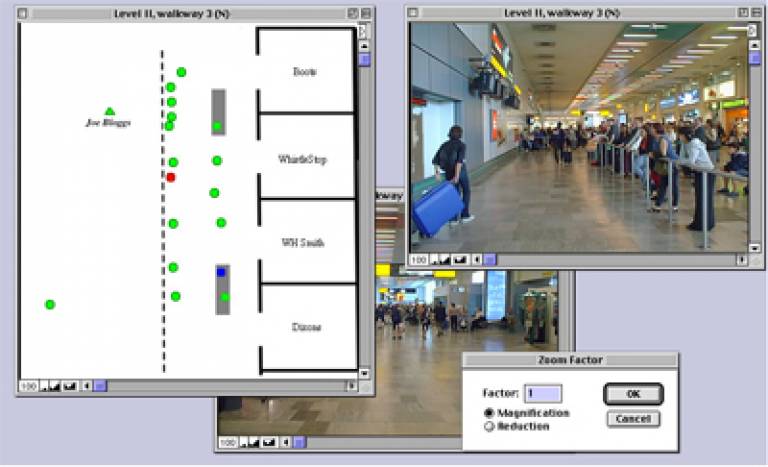 This October, however, it will be playing host to the first trial of Optag, a new technology under development at UCL, which could revolutionise the future efficiency of airports.

Optag, the result of a three-year EU-funded project led by Dr Paul Brennan, UCL Electrical Engineering, and Dr Stuart Robson, UCL Geomatic Engineering, is designed to help flights take off on time by monitoring the location of passengers in the airport. By placing small transmitters (tags) with passengers, either attached to their boarding passes or on wristbands, and fitting readers with CCTV cameras around the airport, it is possible to locate any passenger to within a metre of their position. So, if someone is missing at the gate at boarding time, it is easy to alert them that they are holding up proceedings.

Dr Brennan said: "With the advent of the new Airbus A380 super jumbo, which will carry 600 or 700 passengers, it is very difficult logistically to get everyone to the gate on time, but very important for avoiding delays, which are enormously costly for airlines, and of course inconvenient for other passengers."

The system consists of a network of ceiling- and wall-mounted units containing sophisticated camera equipment and antennas for picking up signals from the tags, which will have a range of 10-15 metres. By using basic triangulation techniques, it is possible to deduce a person's location, and the high-resolution cameras, developed by Dr Robson's team, mean that they can be identified quickly if necessary.

The tags used in the system - Dr Brennan's primary concern - are small and cheap. One important way in which the developers have kept the cost down is by transferring the 'intelligent' part of the technology to the central system. The tags themselves only transmit a code number (one of four billion) and all the data attached to the code is stored centrally. Because the volume of transmitted data is minimised, the system works faster and is cheaper to operate.

As well as efficiency, the system offers a great deal to airports in terms of safety and security. Ensuring that all persons have left the building during an evacuation, for instance, or monitoring suspect individuals' passage around the airport, is made much easier. Advantages are also offered to airport authorities, which could gain valuable market intelligence from systematic surveys of passenger movements around the airport, into shops, restaurants and the like.

Although the technology has been developed with airports in mind, other applications could include theme parks - where, for example, lost children alerts would be much easier to resolve - and conferences or exhibitions.

As the Optag project draws close to completion, Dr Brennan sees great potential for commercialising the technology. However, he is also keen to move into another area of application for electronic tagging: "I am interested in looking at tags with sensors that identify radioactivity. This would be particularly useful for customs facilities, especially amid fears of radioactive material entering the country to make so-called 'dirty bombs'."

Dr Brennan and Dr Robson are also involved with the UCL Centre for Security & Crime Science, which works to establish links between UCL and the security industry by offering services based on expertise within the UCL Jill Dando Institute of Crime Science and other academic departments.