A surname-profiling tool developed by Professor Paul Longley, Professor Richard Webber and PhD student Daryl Lloyd of the UCL Centre for Advanced Spatial Analysis (CASA) has been shortlisted for the Times Higher Research Project of the Year Award. 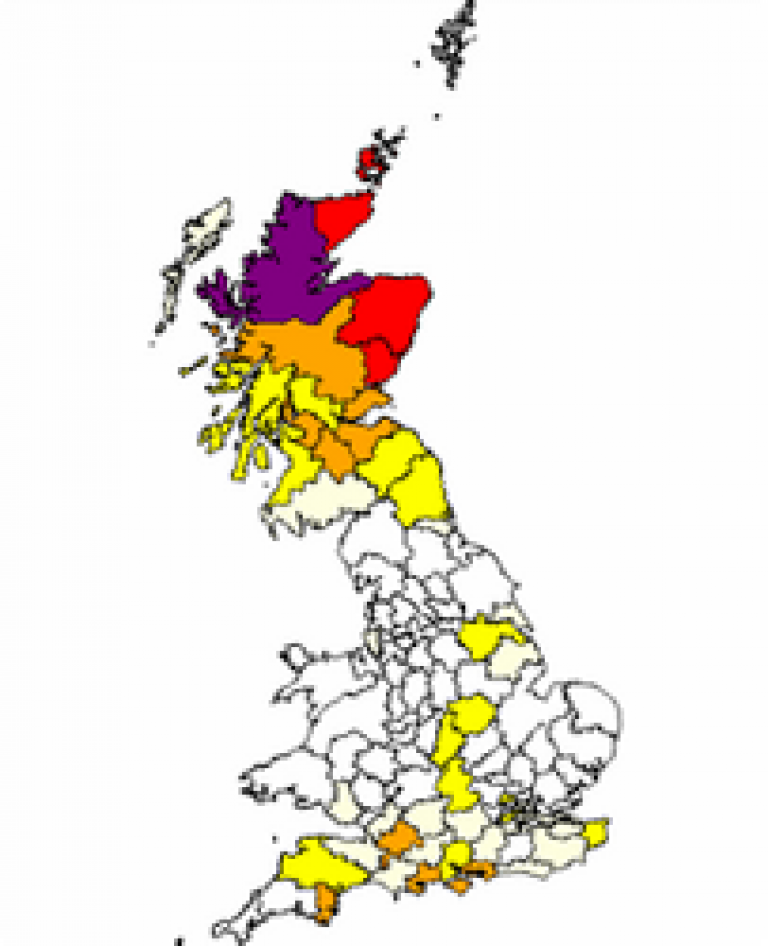 The researchers, from the Spatial Literacy Team at CASA, devised a quantitative analysis of surnames from two snapshot years - 1881 and 1998 - to uncover the effects of migration and changes in the workforce on Britain's social structure.

Most surnames in Britain are concentrated geographically. Mapping where they end up gave a unique picture of migration patterns across the UK and Ireland, while present-day data for each of the 25,000-plus surnames allowed the team to measure socioeconomic status and lifestyle.

The project demonstrates how the most common British surnames are distributed across North America, Australia and New Zealand, providing insights into migratory patterns.

The research confirmed that at over 500,000 instances, Smith is the most popular surname in the UK, with the highest concentration in Lerwick, Shetland Islands - just as it was in 1881.

Members of the public can now trace the geographic origins and status of their names for free through a website and see where others with the same name have ended up. Following a mention on the BBC website, the Surname Profiler site received 200,000 hits in a day.

UCL features twice in this year's Times Higher Awards: Dr Nick Lane (Royal Free & UCL Medical School) is on the shortlist for the Young Academic Author of the Year Award for his book 'Power, Sex, Suicide: Mitochondria and the Meaning of Life'.

The award winners will be announced at a dinner at the Hilton, Park Lane on 15 November 2006.

Image: Distribution of the surname 'Grant' in the UK in 1881