Seven honorary UCL doctorates were conferred at a graduation ceremony on 4 September 2006 at Logan Hall, Institute of Education, Bedford Way. 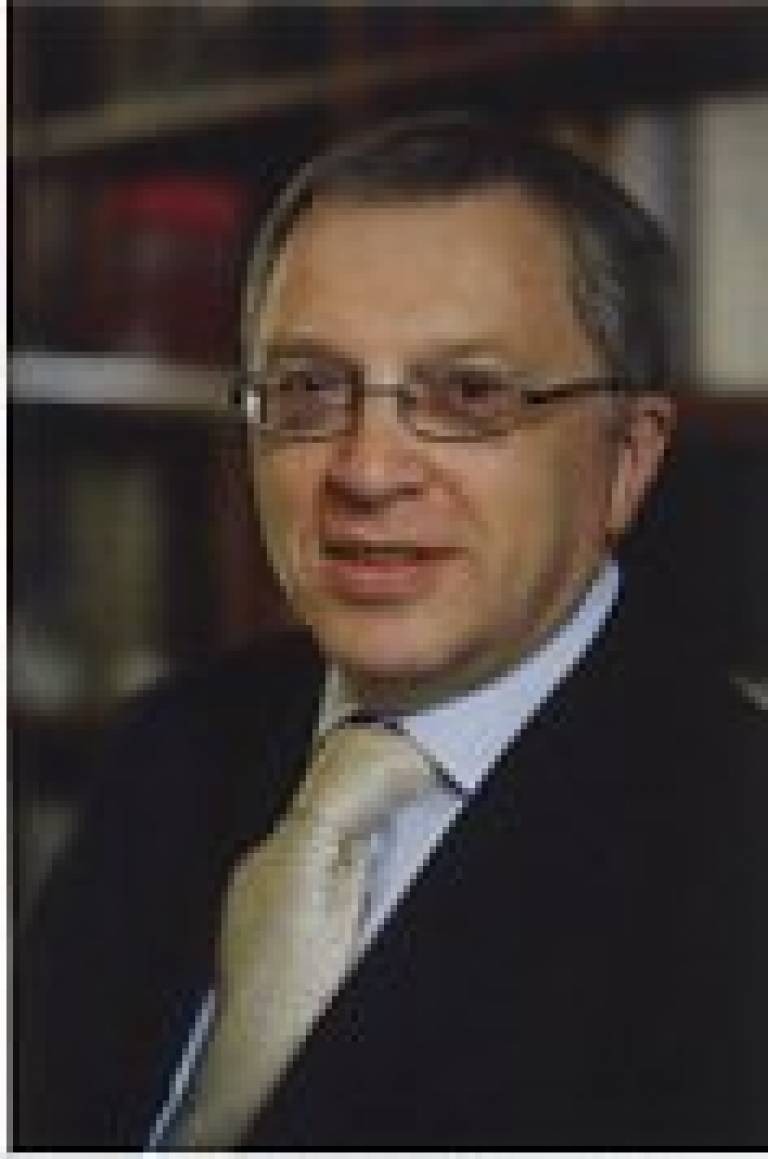 The recipients hailed from a variety of backgrounds in academia, the arts and industry.

Professor Daunton is a leading historian of modern Britain, and is credited with having bridged the divide between economics and history in his writing and teaching. At Cambridge he is Professor of Economic History as well as Head of the School of Humanities & Social Sciences and Master of Trinity Hall. Alongside his academic work he has taken on role such as Consultant Editor of the 'Dictionary of National Biography', Editor of one of the volumes of the 'Cambridge Urban History of Britain', and he is the current President of the Royal Historical Society. Prior to his departure for Cambridge, he spent 18 years at UCL History, latterly as Astor Professor of British History.

Andrew Davies is one of the UK's best-loved screenwriters. He is renowned for his ability to modernise classics for modern audiences, and his work includes the critically acclaimed 'Vanity Fair', 'Othello', 'Emma' and the 1995 TV adaptation of 'Pride and Prejudice'. His latest adaptation was 'Bleak House', which was broadcast last year on BBC, winning two Royal Television Society Awards and two BAFTAs. He has also enjoyed success in the cinema, notably alongside Richard Curtis as part of the team behind the screenplay for Helen Fielding's 'Bridget Jones' Diary'. His big-screen adaptation of Evelyn Waugh's 'Brideshead Revisited' is scheduled for release in 2008.

Antony Gormley is among the generation of leading British Artists that emerged during the 1980s. He has created some of the most iconic artworks of the last 20 years, including 'Angel of the North' and 'Quantum Cloud' for the Millenium Dome in Greenwich. He recently completed a major work of multiple casts of figures for Crosby Beach on Merseyside. He has exhibited in the Victoria & Albert Museum, the Tate Gallery, the British Museum, the Henry Moore Sculpture Gallery in Leeds and the Baltic in Gateshead, and held solo exhibitions at the Whitechapel Gallery, the Serpentine Gallery and White Cube. He won the Turner Prize in 1994, and was awarded the OBE in 1997 for services to sculpture.

Professor Li, Hong Kong's Secretary for Education & Manpower since 2002, is an internationally renowned surgeon who was at the forefront of gastrointestinal surgery and disorders of the liver, pancreas and bile ducts for more than 25 years. He spent 13 years as Dean of the Faculty of Medicine the Chinese University of Hong Kong, during which time the institution achieved groundbreaking feats, such as Hong Kong's first test-tube baby and first live-related paediatric liver transplant. As Vice-Chancellor of the Chinese University of Hong Kong he oversaw the development of new programmes for hotel and tourism management, Chinese medicine, molecular biotechnology, language education, risk management and e-commerce, all of which helped Hong Kong to keep pace with rapid social and economic developments at the turn of the new century. He is noted for his defence of academic freedom.

Professor Nbebele has enjoyed an esteemed career as an author and leader of universities in South Africa. He began his tenure as Vice-Chancellor and Principal of the University of Cape Town in 2000, following a period as a Scholar in Residence at the Ford Foundation's headquarters in New York. Prior to that he held senior positions at the University of the North in Sovegna, in what was then the Northern Province, the University of the Western Cape, the University of Witwatersrand, and the National University of Lesotho. His recent novel, 'The Cry of Winnie Mandela', was published to critical acclaim. His earlier book, '"Fools" and Other Stories' won the Noma Award, Africa's highest literary award for the best book published in Africa in 1984. He is one of several international authors to contribute a short story to 'Telling Tales', a collection edited by Nobel Laureate Nadine Gordimer, proceeds from which were donated to fund AIDS research.

Professor Treisman, Professor of Psychology at Princeton University, has been one of the central figures in building the modern sciences of cognitive psychology and cognitive neuroscience. Forty years of her work as a theoretical and experimental scientist has underpinned the development of current ideas about attentional processing within the human brain. Her work in cognitive psychology has stimulated a whole school of experimentation and theoretical analysis, leading to over 10,000 citations in scientific literature. Research at UCL, as elsewhere, owes much to her discoveries and insights. She has been recognised by election to the Royal Society in 1989, the National Academy of Sciences in the USA in 1994, and the American Academy of Arts & Sciences in 1995. She was the first psychologist to win the Golden Brain Award, in 1996.

Lord Young has had a highly successful career in industry and politics. After training in law and working as a solicitor in the 1950s, he was recruited to Great Universal Stores in 1956, eventually to become assistant to the Chairman, Isaac Wolfson, and running a number of subsidiary companies. In 1961 he set up Eldonwall, a company that developed industrial estates alongside new motorways. The company was acquired by Town & City Ltd in 1970 - then the second largest quoted property company. He later went into banking and, during the 1970s, spent time advising the leadership of the Conservative Party, becoming a director of the Centre for Policy Studies. After the 1979 election he became Special Advisor to the Department of Industry, tasked with introducing what has since become known as privatisation. In 1984 he was made a life peer and brought into the cabinet, where he remained until 1989 when he returned to business life. He was made a Fellow of UCL in 1988 and was Chair of UCL Council for ten years until last year.