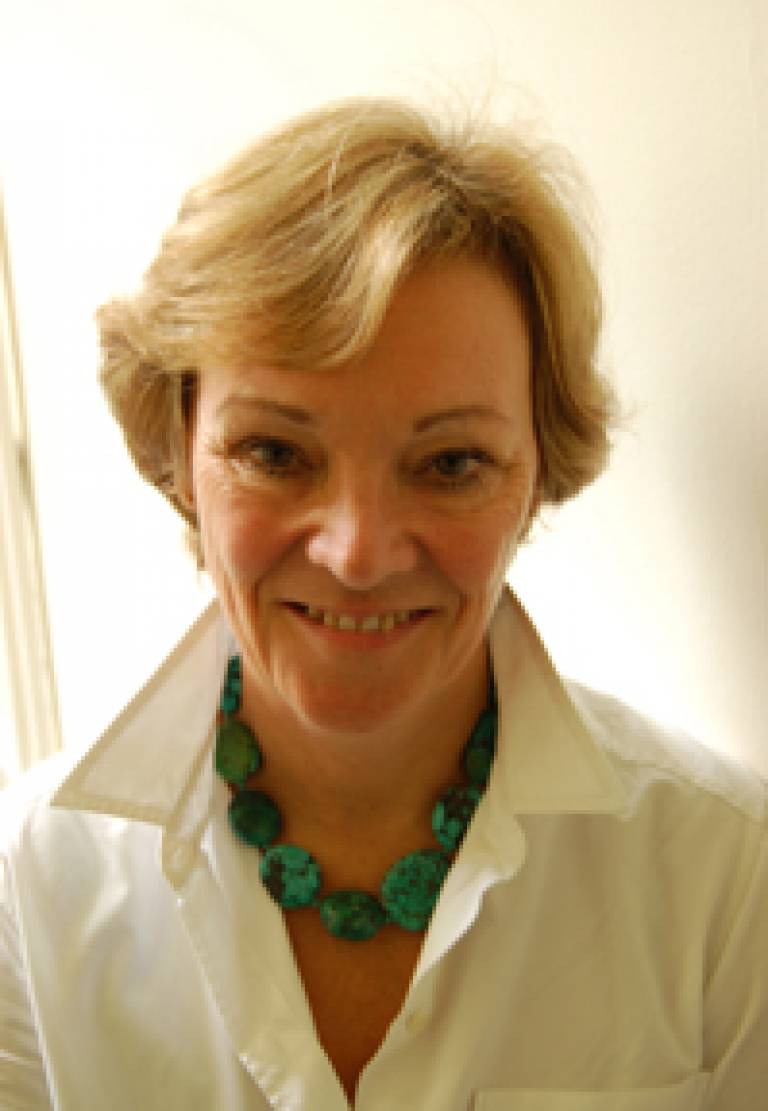 As such, she is responsible for helping deliver UCL's international strategy and developing partnerships with the largest educational power in the world.

One has to wonder why someone who has a full-time teaching and research career would want to take on such a hefty to-do list.

"It seems to me absolutely crucial that UCL sees itself as part of a global community and China has to be one of the most important players. A university is not an ivory tower - we have a responsibility to engage with international issues through contributions in all kinds of areas: environmental issues and medical research are no-brainers, but also intellectual discussions of issues related to the structure of society, such as tackling poverty."

Professor Yip is in a strong position to rise to these challenges. As a theoretical linguist with a particular interest in phonology (studying how the brain learns, stores, manipulates and processes the sound systems of human languages), her research has included a major focus on the languages of China for many years. She also has a personal interest in the region: her husband comes from Hong Kong.

Her first task will be to maintain the strength of existing partnerships inherited from her predecessor Professor David Norse, who retired this year. Particularly strong among these is the International Centre for Chinese Heritage and Archaeology, a joint venture launched by UCL and Peking University in December 2003. Diverse UCL departments including Engineering, Geography, Medicine, Economics, the Institute of Child Health, the Environmental Change Research Centre and the Slade of School of Art also have ties in the region.

As for the future, Professor Yip hopes for more student and faculty exchanges, in both directions. She'd like to be viewed as a resource by staff who are interested in getting involved with China, to be able to connect them with people who have set up projects, to share lessons learned.

"It's a matter of raising UCL's profile in China, and raising China's profile at UCL. People are quite stunned when they discover the scale of what UCL does and how global we are, with students from a large number of countries in the most cosmopolitan city in the world. We teach and do research in just about every area, and we do it extremely well. UCL is a bit of a well-kept secret, and we need to address that.

"At the same time, our students must have their eyes opened to the glory - it's a strong word but that is what I mean - of what China has to offer. It is both huge and intellectually unexplored by many students and faculties at UCL - I want to make people conscious of what we have to learn from China and why we should get excited about opportunities to work creatively with the region."

Such enthusiasm overrides the challenges that working with China presents. When asked about the most significant of these, Professor Yip doesn't hesitate:

"Scale - in every sense of the word. At the last count, we had in the order of 923 Chinese students here at UCL; it is of course a gigantic country. Then there are linguistic issues - if you're building a relationship with North America, you're all literally speaking the same language and using the same writing system. These aren't huge barriers, but they are real issues in connection with student exchanges, for example, so we need to come up with ways of minimising any difficulties that they could cause."

But in Professor Yip's view, these distinctive qualities are part of the excitement of being exposed to such a radically different culture, which went through extraordinary changes over the last century and particularly in the past 20 years and is now experiencing "an explosion" in economic and academic terms.

Having spent the vast majority of her professional life outside the UK, Professor Yip can empathise with foreigners confronted with the complexities of the UK university system, and of UCL in particular. Hailing originally from the UK, Professor Yip took her PhD at the Massuchusetts Institute of Technology (MIT) - then stayed in the US for the next 25 years. She gained dual citizenship, only returning to the UK in 1998 as Honorary Research Fellow before becoming Professor of Linguistics in 2002.

So how did UCL lure her back to the UK? "Oh, it's the most exciting university to be at!" she enthuses. "To have a great university in a great city is a magic combination - you have all the advantages of being in the university's own world, but you're also situated in the middle of everything London has to offer."UCL has a terrific linguistics department. Some of the academics I knew and almost all of them I already knew of, because they all had reputations that had reached me in the States. It was quite clearly the place I wanted to be, no question."

The number of people researching language from a scientific point of view within different UCL departments only became apparent to her slowly, however. The need for a hub for all academics working in the field led to the creation of the UCL Centre for Human Communication in 2004, of which Professor Yip is co-director. It brings together researchers in UCL Phonetics & Linguistics, the UCL Centre for Human Communication, UCL Psychology, the UCL Institute of Cognitive Neuroscience and the UCL Institute of Child Health as well as external specialists. The collaboration has already paid clear dividends: the ties between UCL Phonetics & Linguistics and the UCL Centre for Human Communication are now so close that the two are moving into the same building (Chandler House) in the 2007/8 academic year.

Becoming Pro-Provost isn't Professor Yip's only new departure this term: for the first time, she is teaching an undergraduate course on animal communication and human language, which arose in response to student interest and exasperation with misrepresentation by the press touting the likes of 'talking monkeys'.

A member of the editorial board of five journals and the board of the European Association of Chinese Linguistics, and on the postgraduate panel for Modern Languages and Linguistics of the Arts and Humanities Research Council, Professor Yip is unsurprisingly passionate about her chosen field. But she also professes a love of scuba-diving, theatre and opera - particularly the innovative work of the English National Opera (ENO), whose joint production of 'Gaddafi' with the Asian Dub Foundation she thought wonderful.

"The ENO branch out: last year they did an extraordinary 'Orfeo' with Indonesian dancers under the Chinese director Chen Shi-Zheng. They do completely new and unexplored works, and are reaching out to people beyond their usual audience, particularly to younger people." It's an approach she will doubtless aim to emulate in her own new role.