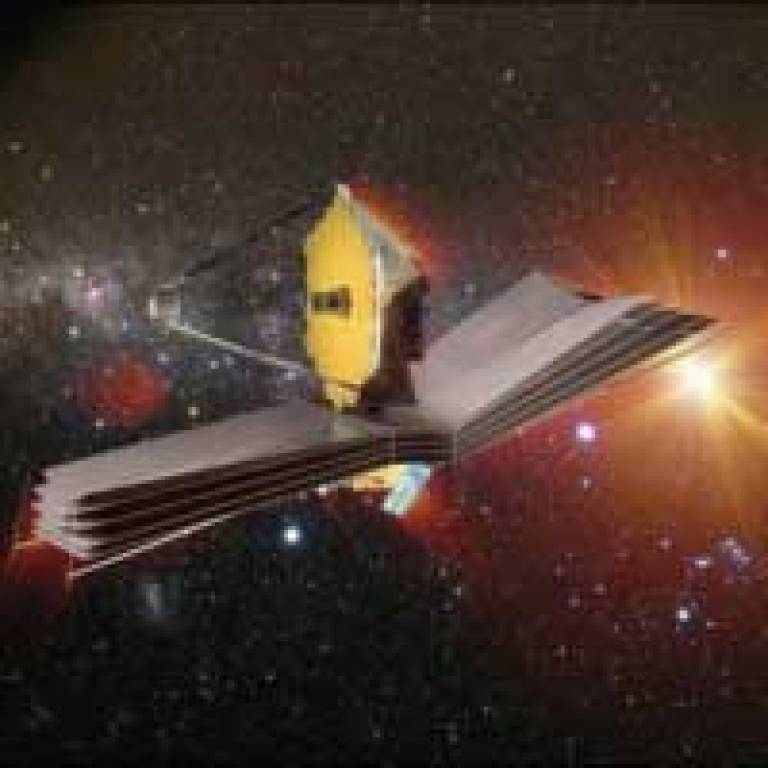 For the JWST mission, MSSL is already providing Astrium Germany with the onboard calibration system for the Near Infra-red Spectrometer, and its latest orders are for two different sets of ground calibration equipment for the same instrument.

MSSL will also be working with Astrium France to test the 174 sets of electronics and special Charge Coupled Device detectors for the Gaia mission, bringing the total of MSSL's current orders for the two missions to over €6 million.

The laboratory has been working closely with the European Space Agency (ESA) and European space industry to develop critical parts of instruments for JWST and Gaia. The successful bids follow several years of technology studies, funded by ESA contracts and the UK's Particle Physics and Astronomy Research Council (PPARC).

Most instruments for scientific satellites are built by university-based space science groups such as MSSL, but the instruments of the future will be highly integrated with the satellites themselves. This has resulted in space science groups turning to direct collaboration with the industry prime contractors, providing cutting-edge scientific and technological expertise to ensure these expensive and groundbreaking missions achieve their scientific goals.

"This is an outstanding example of knowledge transfer," said Professor Mark Cropper (UCL MSSL). "The university-based space science groups have amassed a huge amount of expertise in wringing the best performance from their instruments in space, and they are familiar with the latest developments in engineering and detector technology. Working closely with industry is a win-win situation, ensuring future satellites produce the best science possible, and knowledge and expertise is transferred between academia and industry."

The JWST will be the successor to the well-known Hubble Space Telescope, but larger and much more capable. Built by NASA with significant ESA participation, JWST will reveal the secrets of a very young universe, when stars and galaxies were first forming. It is NASA's major new science initiative, with a cost exceeding $3 billion.

Gaia is ESA's 6th Cornerstone Mission, and will examine the Milky Way in stupendous detail, in order to understand how it formed and has evolved to its current state. Gaia will produce catalogues of the positions, movements and properties of more than a billion stars, and discover thousands of new planetary systems and objects in our own solar system.

Gaia is due for launch in 2011, while JWST will be launched in 2013. Professor Cropper said: "It is a great pleasure for MSSL to be so deeply involved with these front-ranking space projects. It will grow our technological expertise and open up new opportunities and directions for UK scientific research."