As the end of term approaches, spare a thought for UCL physics students. 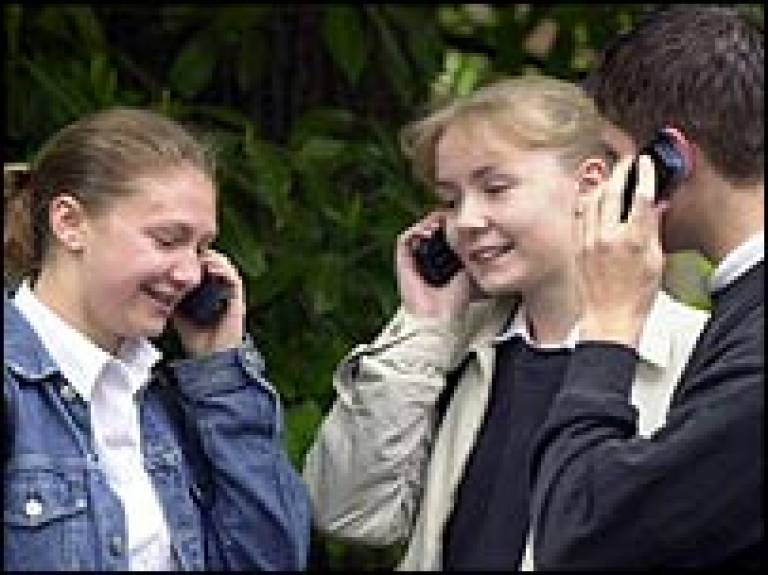 While some of us are picking names out of a hat to find out who to buy a 'Secret Santa' present for, third-year BSc and fourth-year MSc students will be picking envelopes containing orders to design a cosmic ray detector or an imaging device out of Lego.

Such challenges are undertaken in the name of a course that UCL Physics & Astronomy has run for eight years, with a view to giving physics students an insight into the working environment that awaits them on their departure from UCL.

Physics students are not required to spend any time in industry during their degree, so the course - which involves working in groups over eleven weeks - is designed to equip them with skills they might not otherwise acquire during their university years, such as project management, decision-making, negotiating and presentation.

According to Professor Alan Aylward, Head of the Atmospheric Physics Laboratory, who leads the course, everyone's a winner: "The students really enjoy it; they relish being left to their own devices and my academic colleagues get some research done into a pet project. And it's great fun for me to take a course that diverges from conventional teaching."

During the autumn term, Professor Aylward requests project briefs from lecturers in UCL Physics. They can be virtually any research problem with a scientific basis. Students have found themselves assessing the health risks of mobile phones, the way that cracks develop in film, and the feasibility of tethering satellites to earth as forecast by the science fiction writer Arthur C Clarke. Many projects have an outreach focus: in the past medical physicists have asked students to create multimedia resources that teachers can use in sixth-form classes to explain how blood pressure and other bodily processes work.

The broad-ranging tasks are allocated at random, which means that the students - a few of whom are specialising in medical physics or astrophysics - have to draw on their knowledge for unexpected applications. The resulting experimentation has led to some memorable moments. The team commissioned to build a Tesla coil - a high-voltage transformer - generated huge electromagnetic fields in the lab, but considered a cardboard notice reading 'Stay Away' to be a sufficient health and safety precaution. The equipment was soon stored in a cupboard, Professor Aylward adds hastily. Another team tasked with using physics to detect art fraud found themselves interviewing experts at the world-famous auction house Christie's.

As in the real world, technical expertise is not enough to guarantee success. The students have to consider commercial pros and cons of their solution. If they use an unusual material that is in short supply, they might have to develop incentives to ensure that industry will supply it, which could involve devising supplementary products. They also have to suggest ways of handling ethical questions, quality assurance and market entry strategies.

The course also aims to simulate the commercial environment in its structure: the academics who 'commission' the projects become 'board members' of the teams, and enforce strict deadlines. They meet the students a specified number of times during the eleven weeks, and if students want further meetings or resources they have to negotiate them. Professor Aylward admits, however, that it is hard to stop the board members helping out, especially as they have a vested interest in the quality of the research.

Tackling the project in a group of up to seven can be the most demanding aspect of the course, as it is the first time many are exposed to the realities of teamwork. "We run a day and a half of teambuilding workshops at the start to provide an introduction to the psychology of group dynamics," says Professor Aylward. "It's inevitable some students won't pull their weight and others will try to take over, so we suggest that members of the team adopt separate roles such as chair, secretary and technical leader. It's surprising though how many opt for anarchy and do remarkably well."

While teams can share out responsibilities according to individual strengths, no one escapes taking part in a 25-minute presentation at the end of the project in front of all the board members and other teams. Separate marks are awarded for individual contribution and the team's overall achievement.

A good result can serve the students well beyond their university career. The final report is written in the style used by research and development departments in the commercial sector, so it can be a useful start to a portfolio. If students research their brief thoroughly, they are likely to come into contact with industry experts, which has led to offers of employment on more than one occasion.

"Some other universities run similar courses, but ours involves the most diverse projects that I'm aware of," says Professor Aylward. Check the link above next spring to find out what surprises this year's students had in their Christmas stocking.

Image 1: One team looked into the health risks associated with mobile phones
Image 2: Art experts are interested in using physics to date precious materials such as jade