In 'How Russia Really Works: The Informal Practices that Shaped Post-Soviet Politics and Business', Dr Alena Ledeneva (UCL School of Slavonic and East European Studies) examines the workings of Russia's new democratic and market institutions by studying informal practices that helped establish them. 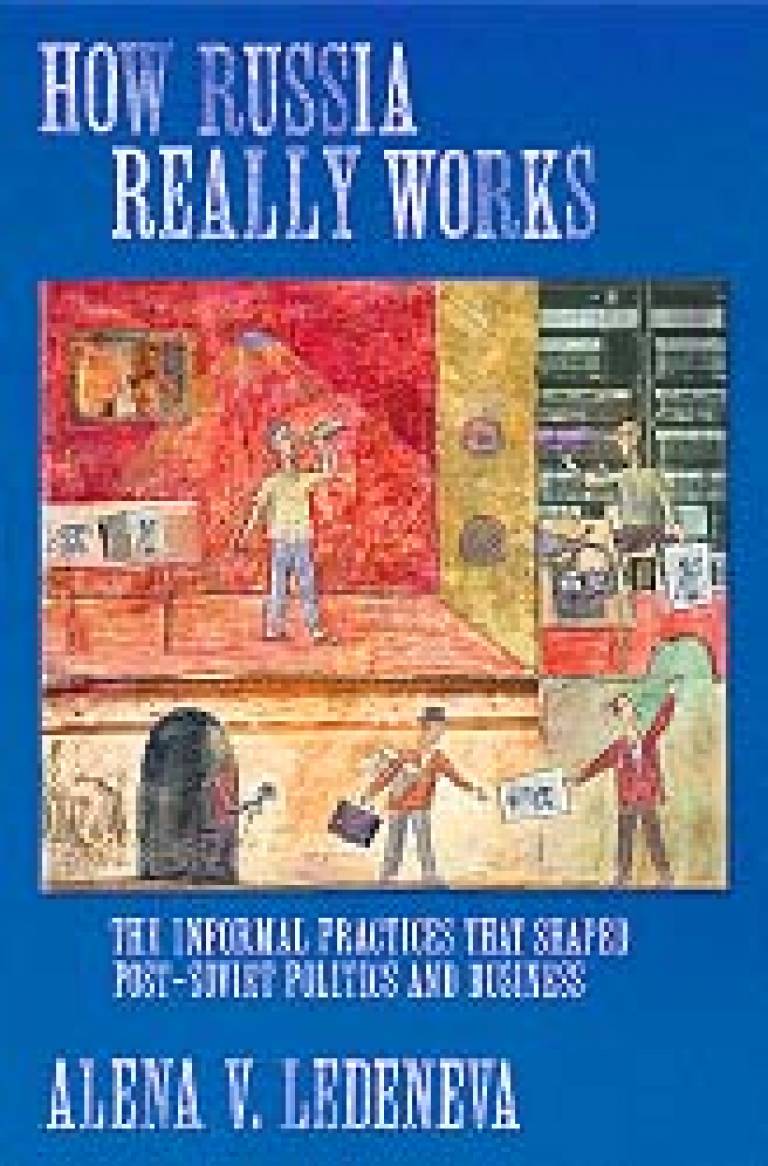 During the Soviet era, Russians almost universally engaged in 'blat': the use of personal networks to obtain goods and services in short supply and to circumvent formal procedures. The collapse of the Soviet Union, however, produced a new set of practices, or 'unwritten rules', to keep society afloat in the 1990s, when the country underwent a rapid transition to a market democracy.

The introduction of competitive elections led to the emergence of 'black and grey PR': carefully timed smear campaigns to ruin political and business rivals. The new independent media have provided a vehicle to publish 'kompromat': compromising information that is leaked in order to secure political or commercial advantage. The rule of law - one of the declared principles of the new Russian democracy - has been undermined by the development of interdependent networks of influence involving officials from the regional and local governments, the security forces, and the judicial system.

Dr Ledeneva also explains how the competitive markets, new principles of financial accounting and the return of private property led to the creation of elaborate barter chains, financial scheming and takeover deals that paradoxically advance business by relying on alliances that are anti-market in nature.

"It is as if the pyramid of social networks has been turned on its head," says Dr Ledeneva. "It used to be the case that people were connected at the bottom and lonely on the top. Now, the people at the top are well connected, and the people at the bottom struggle alone. The new informal practices require know-how to manipulate the new institutions and stay on the right side of the law. They are not only about friendship and the use of informal contacts in formal settings, but also about professional expertise and legal back-up."

However, Dr Ledeneva argues that these practices, which undermine the spirit, if not the letter, of the law, should not be viewed as entirely detrimental to the transition.

"The protagonists of informal practices only gained power because the state did not provide an environment within which the new institutions could work in a non-corrupt way. They carried the load of the post-communist transition on their shoulders and thus are largely responsible for its success.

'How Russia Really Works: The Informal Practices that Shaped Post-Soviet Politics and Business' will be launched on Monday 11 December at the roundtable of the Centre for European Politics, Security and Integration, to be held at the UCL School of Slavonic and East European Studies.

Image: Cover design of 'How Russia Really Works', showing the links between information gathering, the power of the press and blackmail