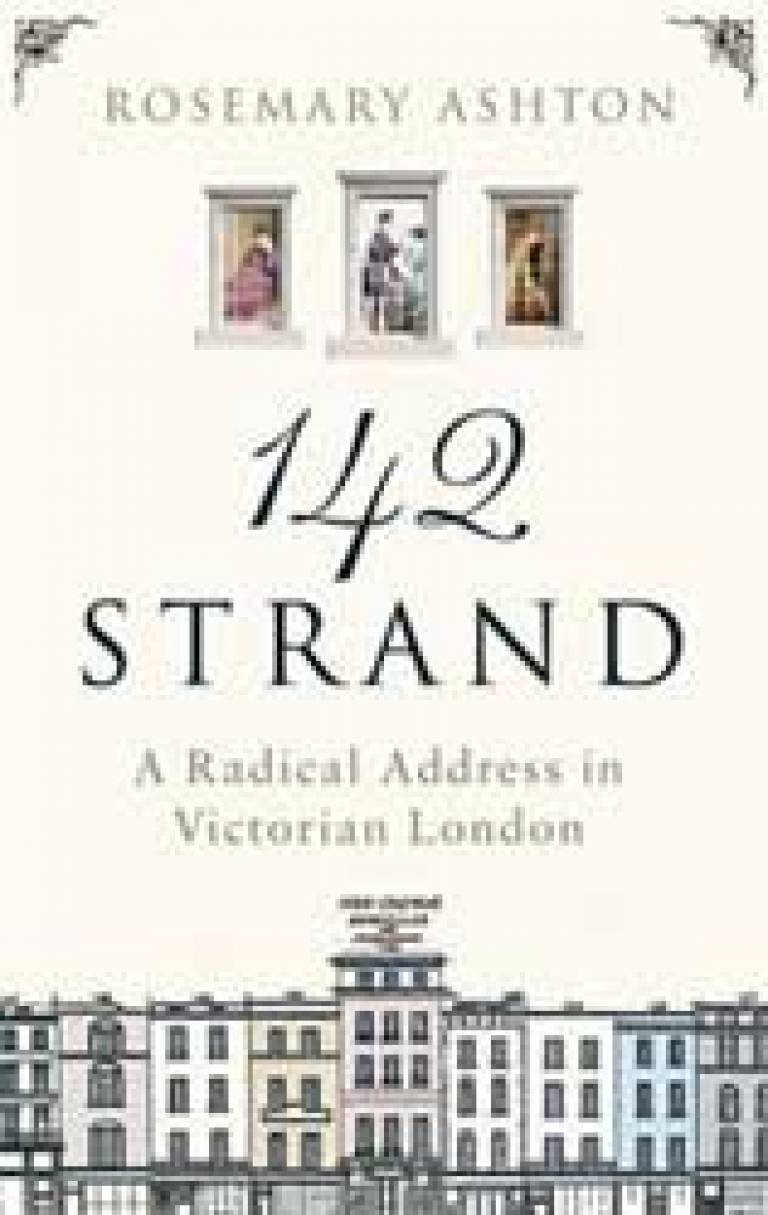 Published by Chatto & Windus, the book describes the brilliant circle of reforming writers who gathered round the unconventional young publisher John Chapman at his home at 142 Strand in the 1840s and 1850s.

All the daring and avant-garde writers of Victorian London visited Chapman here, among them Dickens, Carlyle, Thackeray, John Stuart Mill, Herbert Spencer, and the young scientist Thomas Henry Huxley - later to call himself Darwin's bulldog and to do battle with bishops on behalf of Darwinian theory.

Many literary visitors lodged in rooms in the spacious house, including the American Ralph Waldo Emerson. Refugees from revolutionary Europe such as Mazzini and Marx turned to Chapman, and radical feminists including Barbara Leigh Smith, later founder of Girton College, Cambridge, published their campaigning pamphlets with him. They contributed to Chapman's radical 'Westminster Review' and attended his lively evening parties.

In 1851 Chapman brought Marian Evans - the future George Eliot - to London to edit the 'Review'.  Her arrival caused rows in the household, which included Chapman's wife and two children, and also his mistress.At the time, the Strand was packed with booksellers, magazine publishers, theatres, and clubs. Nearby were the dives and brothels of Covent Garden and the disreputable pornographers of Holywell Street, while Westminster and the Houses of Parliament were a short distance away.

Chapman's circle touched all these worlds, and the story of these unconventional lives and unorthodox views takes us to the heart of Victorian culture, uncovering its energies, its doubts and arguments, and its passionate reforming spirit.

The book is illustrated with images of the people and places associated with 142 Strand, including the architectural drawings in the British Architectural Library at the RIBA of John Buonarotti Papworth's design for the refurbishment of the building in 1832.

Professor Ashton was inspired to write the book when she came across John Chapman and 142 Strand in her research for previous books, including her account of German refugees who came to London after the 1848 revolutions, 'Little Germany: Exile and Asylum in Victorian England' (1986), and her biographies of George Eliot (1996) and her partner GH Lewes (1991).

Chapman's role as the enabler of these and other young writers has not previously been fully examined, and Professor Ashton has found a wealth of unpublished material which has allowed her to flesh out the picture of both the charming and energetic Chapman and the radical publishing scene in the mid-nineteenth century.