World-renowned architect and planner Sir Terry Farrell unveiled his plans for a rejuvenated Bloomsbury in a lecture delivered at UCL last night. 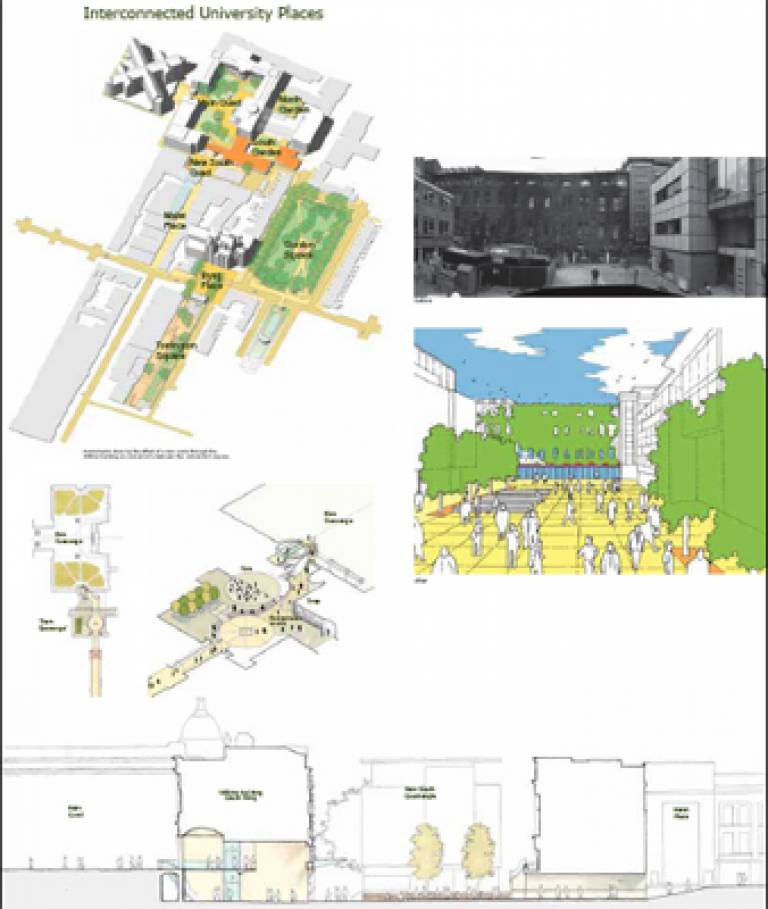 'Bloomsbury - The Strategic Vision' is the first stage in a lengthy process, which aims to transform the area into the UK's leading cultural and educational quarter.

The study was jointly commissioned by the London Borough of Camden, UCL and the London Development Agency, and the proposals were arrived at after consultation with the residents, landowners and institutions of Bloomsbury. Speaking at the launch, which was introduced by UCL's President and Provost, Professor Malcolm Grant, Sir Terry said: "In recent years, the area's landscape and public realm has deteriorated, and much of Bloomsbury is dominated by heavy traffic flows which create severance and discontinuity."

Sir Terry's solution has been to put forward six 'mini masterplans', which aim to create an urban environment respecting both Bloomsbury's rich history and its position as an oasis within the West End. A large part of the plans revolve around reclaiming Bloomsbury's squares and streets for pedestrians, and redesigning the parks and thoroughfares to priovide easy access on foot to the area's neighbours - Oxford Street, Fitzrovia, Covent Garden and Holborn.

The six mini masterplans are: Bloomsbury's Squares, The Museum Quarter, Two-Way Traffic, Pedestrian Movement, The Design Manual and The Universities Plan. The Universities Plan would transform the way that staff, students and the public negotiate their way around UCL's many buildings and also proposes a 'Universities High Street' - focused on Malet Place - which would run from the UCL Front Quad south to the British Museum, taking in the University of London, RADA and Birkbeck College along the way.

Among the plans for UCL are:

The plans are intended as an ongoing reference document, Sir Terry explained: "We have not tried to 'solve' all the area's problems. What this document does is to identify specific projects and prioritise actions within each mini-masterplan. Together, and in part, these will have a fundamentally positive impact on Bloomsbury over a period of time."