Fabled equatorial icecaps will disappear within two decades because of global warming, a study led by UCL has found. 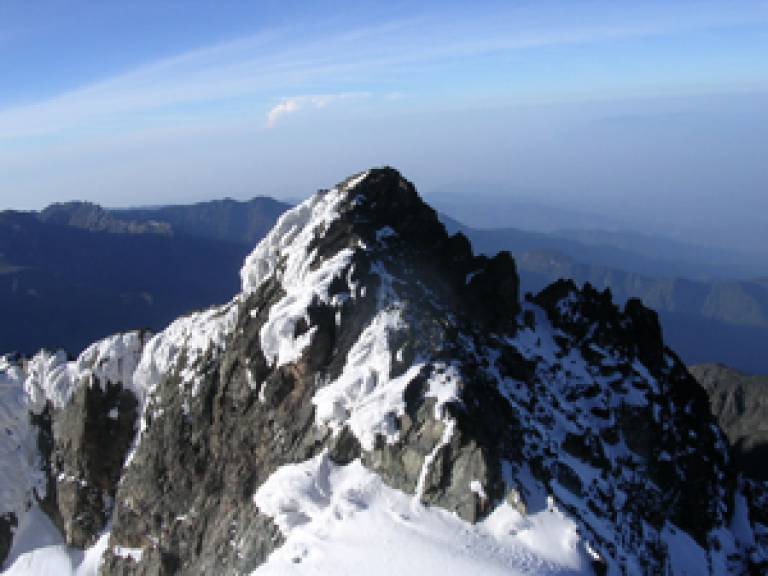 Reporting online in the journal 'Geophysical Research Letters', the first survey in a decade of glaciers in the Rwenzori Mountains, East Africa, has found that an increase in air temperature over the last four decades has contributed to a substantial reduction in glacial cover.

The Rwenzori Mountains - also known as the 'Mountains of the Moon' - straddle the border between the Democratic Republic of Congo and the Republic of Uganda. They are home to one of four remaining tropical ice fields outside of the Andes and are renowned for their spectacular and rare Afro-alpine flora and fauna. The mountains' legendary status was established during the 2nd century when the Greek geographer Ptolemy made the seemingly preposterous but ultimately accurate proclamation that the River Nile was supplied by snow-capped mountains at the equator in Africa: "The Mountains of the Moon whose snows feed the lakes, sources of the Nile".

The glaciers were first surveyed a century ago when glacial cover over the entire range was estimated to be 6.5 square kilometres. Recent field surveys and satellite mapping of glaciers conducted by UCL with researchers from Makerere University, Uganda and the Ugandan Water Resources Management Department show that some glaciers are receding tens of metres each year and that the area covered by glaciers halved between 1987 and 2003.

The team found that since the 1960s there are clear trends toward increased air temperature around the Rwenzori Mountains without significant changes in precipitation. With less than one square kilometre of glacier ice remaining, glaciers are expected to disappear within the next twenty years if present trends continue.