Professor Adrian Lister (UCL Biology) has played a key role in the development of the latest set of stamps from the Royal Mail. 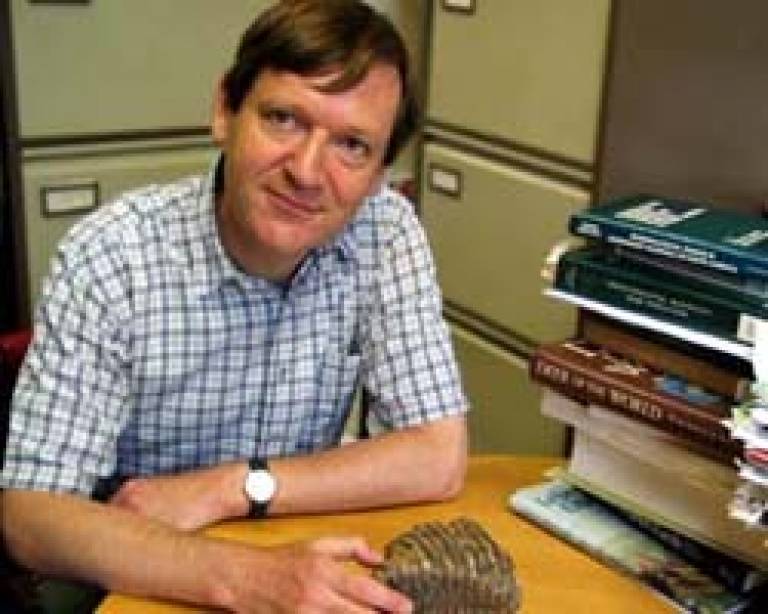 The stamps, which feature five images of ice-age mammals, were illustrated by Andrew Davidson, from Briscombe, near Gloucester, who received advice on the anatomy of the extinct species from Professor Lister.

Professor Lister said: "Royal Mail approached me because they wanted some ideas about which animals to feature in the collection, and I worked with Andrew to make sure the creatures were reconstructed as accurately as possible."

The five animals chosen were the giant deer, the cave bear, the sabre tooth cat, the woolly rhinoceros and the woolly mammoth. All had distinct characteristics that enabled them to survive in the harsh ice-age climate. The ice age ended 10,000 years ago when the world's temperature began to rise, driving these species to extinction.

For more information, follow the links at the bottom of this article.