Professor Helen Fielding of UCL Chemistry has recently been awarded one of the Royal Society of Chemistry Corday Morgan Medals. 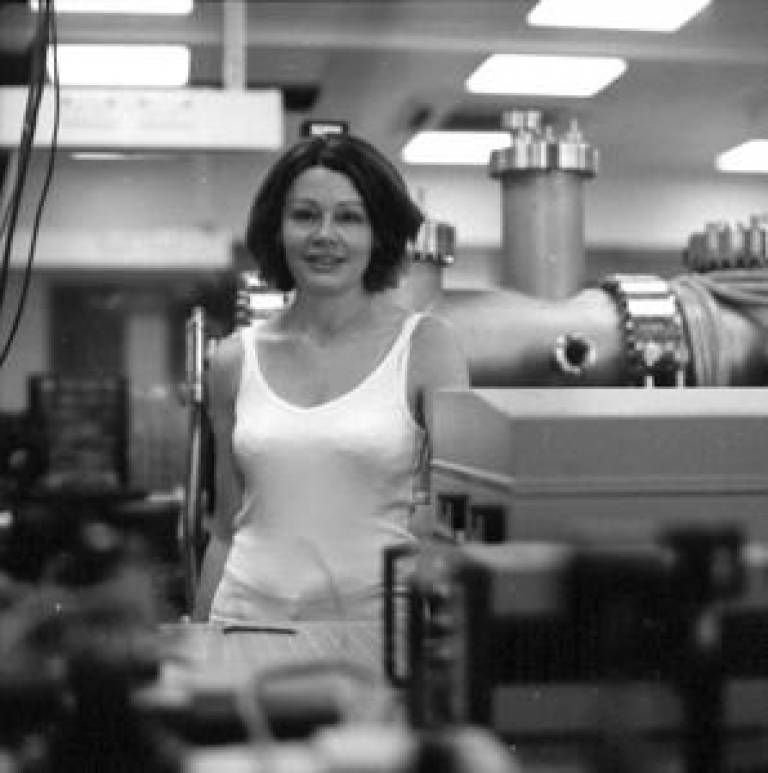 The prestigious award, made annually to younger chemists, honours her pioneering work in ultrafast electronic and molecular dynamics and coherent control.

Professor Fielding and her research group have been employing ultrafast lasers and state-of-the-art optical techniques to investigate and control electronic and molecular dynamics in atoms and small molecules in the gas phase.

Electrons move on an attosecond timescale (1 as = 10-18 s or 1 billionths of a billionth of a second), so even with the latest, fastest, commercial lasers it is virtually impossible to 'freeze frame' them.  One way to observe them is to slow them down. This can be achieved by employing short, femtosecond (1 fs = 10-15 s or 1 millionth of a billionth of a second) laser pulses to excite electrons to very large and highly excited states called Rydberg electron wave packets.

Recently, the group has also begun to control the vibrations and rearrangements of organic molecules in the gas-phase, which is a little like treating the laser light as a chemical reagent. The group is also part of a large UK collaboration to develop and use attosecond light sources, and UCL collaborations to investigate ultrafast chemical biology and ultrafast surface photochemistry.

Professor Fielding is the first woman recipient of the Corday Morgan Medal for over 25 years.

To find out more about Professor Fielding's work, use the link at the bottom of the article.