The world of literary film adaptations is more prosaic than it appears, according to distinguished industry insiders speaking at a UCL English alumni event last week. 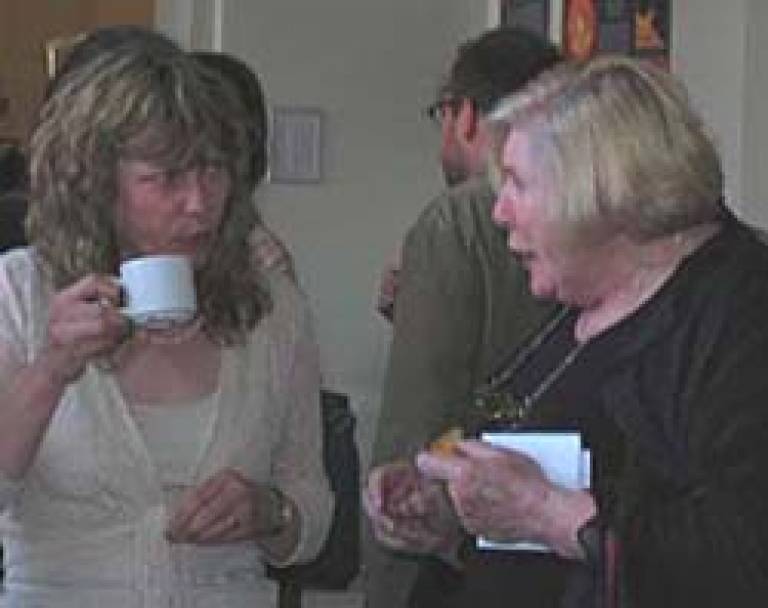 Diana Quick, known to millions as Lady Julia Flyte from the 1981 adaptation of Evelyn Waugh's 'Brideshead Revisited', revealed that the TV serial that set the gold standard for literary adaptations nearly broke Granada.

Originally planned as a mere seven hours of screen time, the twelve-hour version that made it to the screen only came about through intense lobbying by the actors during a break in shooting due to an industry strike. Costing over £11.5 million, it took Granada over a decade to recoup its investment.

When one of the sixty-strong audience asked why Jane Austen is adapted for the screen so often, Ms Weldon countered Professor John Mullan's "Because she's so brilliant" with "Because people know it will bring the money in." She also relished informing the gathering that she hadn't read 'Pride and Prejudice' before agreeing to adapt it, and, as a novice, approached the task by calculating she had one minute of screen time per page.

'Is it in the book?' is a nagging doubt caused by numerous popular adaptations of set texts. According to Professor John Mullan, thousands of students now enthuse about Shakespeare's brilliance in having Romeo and Juliet first spy each other through a fish tank - a device invented by Baz Luhrman for his 1996 film treatment of the play.

UCL's own role in the cinema, appearing as a setting for 'Doctor in the House', 'The End of the Affair' and 'Batman Begins' amongst others - was noted by Professor Philip Horne, a lecturer on UCL's MA in Film Studies.

Mat Whitecross and Jim Smith, speaking at the afternoon session on film and film-making at UCL, confirmed that studying English at the university had had a profound effect on their careers. Whitecross, a documentary film-maker whose first co-directing credit 'The Road to Guantanamo' won him a Silver Bear at the Berlin Film Festival this year, was adamant that the intellectual discipline and research skills he acquired as an undergraduate at UCL helped convince Michael Winterbottom to take a chance on a co-directing project with him.

Jim Smith, a professional film critic before starting university, agreed that what he was taught and the material he was exposed to during his time at UCL transformed his writing from the "I quite liked it" school of reviews to the intelligent but populist approach he now aspires to.

The double-edged sword of digital technology generated heated discussion. Cheaper than celluloid, it brings directing within the reach of more people than ever before. However, at the click of a mouse almost anyone can now use, in the words of Dr Peter Swaab, "the treacherous magic of editing" to re-work classic films. Landmark Kubrick horror 'The Shining' has even been skilfully cut to make a trailer that sells the film as a romantic comedy.

Both panels agreed that departing from original material can occasionally bring about fresh works of art, such as Ken Loach's 'Kes' and Carol Reed's 'The Third Man'. Ultimately, in the words of Mat Whitecross, "A good story is a good story."

To learn more, contact Dr Berry Chevasco or use the links at the bottom of this article.

Image 2: The artwork for 'The Road to Guantanamo', co-directed by Mat Whitecross