The Arctic Ocean was effectively a lake, with no deep-water connection to the Atlantic, until more recently than previously thought, according to findings of a groundbreaking Arctic research programme featured on the cover of this week's 'Nature'. 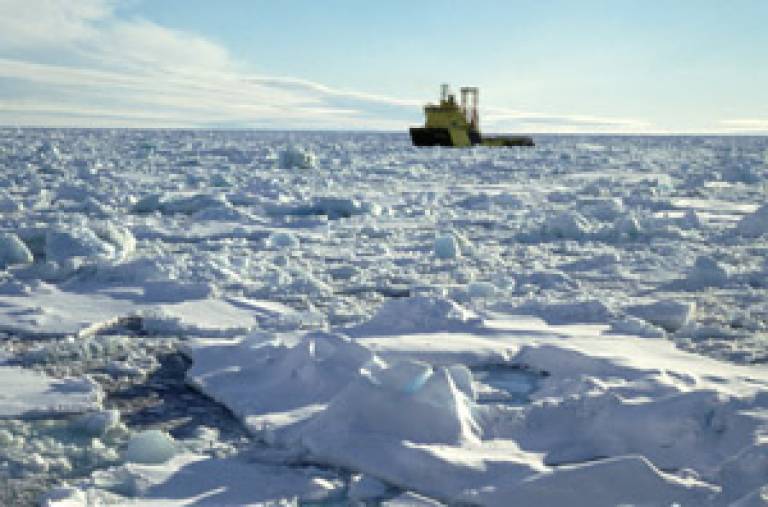 Dr Michael Kaminski, a micropaleontologist at UCL Earth Sciences, made this observation during the first ever ocean-drilling programme to core hundreds of metres beneath the bed of the central Arctic. The extraction of such deep-sea sediment, which required the assistance of a nuclear-powered 75,000 horsepower icebreaker, has extended the known geological record of the Arctic Ocean from only a few hundred thousand years back 80 million years and shed light on numerous aspects of glacial history.

"In the very first sample that the helicopter brought from the drill ship I found the remains of ammolagena and other deep marine organisms, which provide evidence of the in-flow of seawater into the Arctic basin," explained Dr Kaminski, one of only three scientists to plan the trip's scientific objectives and play an active role in the expedition.

Dr Kaminski's examination of the fossil record also confirmed that global warming wiped out micro-organisms that had thrived on the Arctic floor 55 million years ago. Very few of these species returned after the rapid rise in temperature, which peaked at a balmy 24 degrees Celsius. In comparison, today's rate of global warming is twenty times faster. The shrinkage and thinning of the Arctic ice sheet since the late 1980s meant that the three-strong fleet took only five days to reach the drilling site on the Lomonosov Ridge instead of the predicted six.

The international team, working under the European Consortium for Ocean Research Drilling (a member of the Integrated Ocean Drilling Program), report a range of findings in this week's 'Nature', including the fact that the Arctic was once green with pond weed and had fresh surface water.

Image 1: The Vidar Viking icebreaker
Image 2: Dr Kaminski in the laboratory on the Oden icebreaker