Michael Batty, UCL Bartlett Professor of Planning, presented the tenth Abercrombie Lecture at the University of Liverpool on May 16 2006. 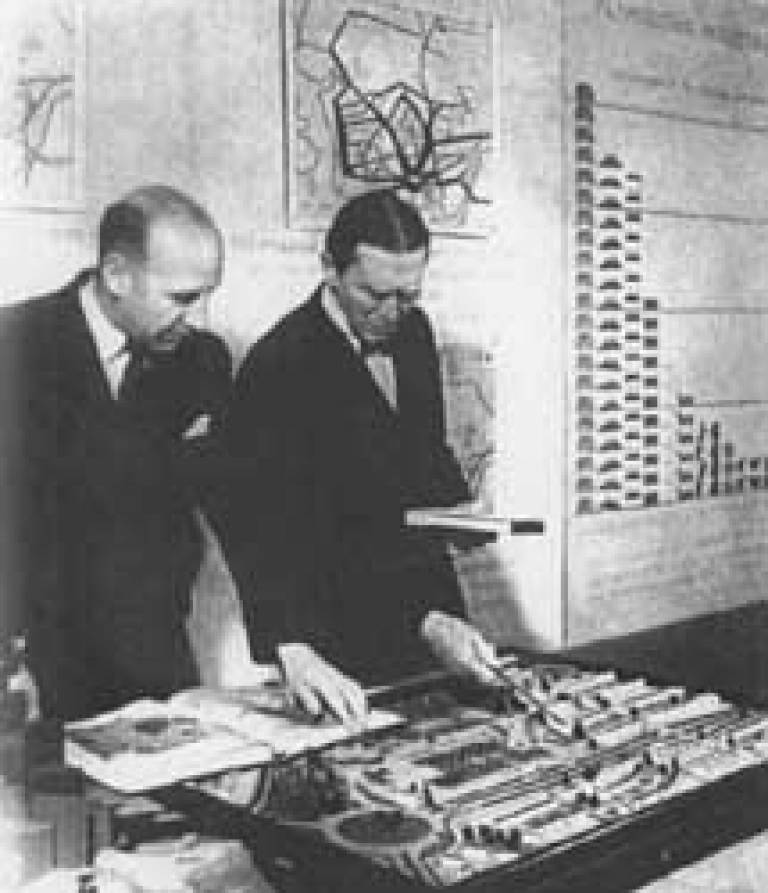 Sir Patrick was Lever Professor of Civic Design at the University of Liverpool from 1915 to 1935 before coming to UCL as the second Professor of Town Planning in 1935. The planning departments at UCL and the University of Liverpool have shared close links since they were both founded, with the first three professors at UCL - Stanley Adshead, Sir Patrick Abercrombie and Lord William Holford - also being the first three professors at Liverpool. Professor Sir Peter Hall, now Bartlett Professor of Regeneration, gave the fifth Abercrombie lecture in 1994.

Professor Batty said the importance of Abercrombie cannot be underestimated: "He was one of the great planners of the twentieth century and was responsible not only for the Greater London Plans at the end of the Second World War which led to the ring of New Towns around the capital, but also for key schemes to restore bomb-damaged British cities, such as Plymouth. His book 'Town and Country Planning' was one of the most accessible introductions to the subject for several generations of planning students in the mid 20th century."To find out more about the UCL Bartlett School of Planning, use the link at the top of the page.

Image: Sir Patrick Abercrombie pictured in 1944 demonstrating his plan for Plymouth using the 'models' of those times, a theme echoed in Professor Batty's lecture which examined the progression from icons built in traditional media to the now ever present digital.