A team of seismologists led by UCL's Dr Frederik Simons (UCL Earth Sciences) and including scientists from the Scripps Institution of Oceanography and Princeton University, has invented a submersible device that can detect earthquake waves in previously uncharted geographical areas. 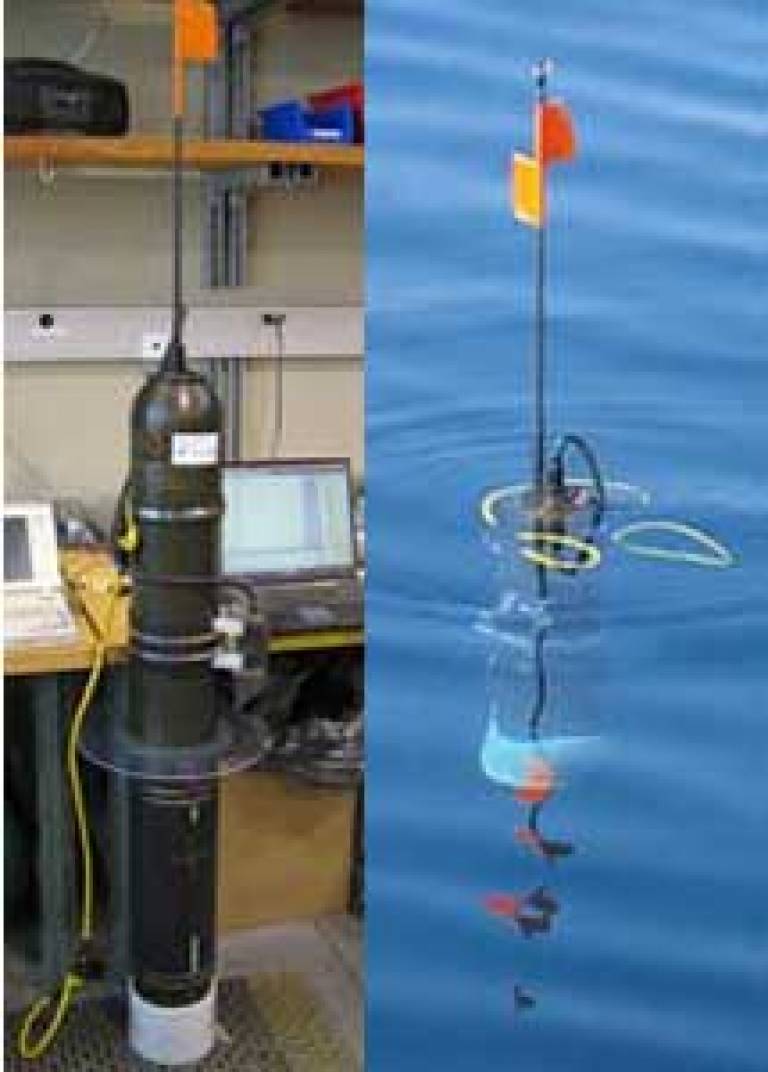 Nicknamed MERMAID (Mobile Earthquake Recorder in Marine Areas by Independent Divers), the device is planted at sea and spends most of its time at depth, surfacing occasionally. It is equipped with a hydrophone, which records water pressure variations into which compressional seismic energy is converted at the sea floor.

Untethered and passively drifting, the float surfaces on detection of a seismic event, determines a GPS location and transmits the waveforms to a communications satellite. The float is cheap to operate, and data can be available in real time.

Currently, seismologists rely on data provided by receivers mainly on dry land, which produces uneven coverage of global seismic activity. In fact, large areas of the globe's oceans are uncharted, resulting in many undetected seismic events. Seismologists analyse the waveforms of seismic waves to determine the structure of the Earth's interior by a procedure known as seismic tomography, a technique akin to medical CAT scanning. The lack of recorded earthquakes results in 'blank spots' in our knowledge of the deep Earth.

The barriers to this coverage have until now been financial - the existing alternatives to MERMAID, such as placing seismic stations on the ocean floor, are very expensive. However, Dr Simons is proposing that a global network of MERMAIDs floating around the oceans could be a cost-effective solution.

Dr Simons said: "The great potential of this technology was demonstrated by the prototype on its maiden voyage off the coast of California. Submerged and freely drifting for about 30 hours, 700 metres below the sea surface, MERMAID recorded a very promising signal, coming from a relatively faint magnitude six earthquake off the coast of Columbia, 5,000 kilometres away. The recording shows a clear incoming wave and we can determine its arrival time to within a fraction of a second. Earthquakes of a magnitude larger than this value occur at a rate of around 200 per year, so our device can clearly contribute to global seismic studies, including the mechanisms of large, tsunamogenic earthquakes."

"It is anticipated that a global network of MERMAIDs could provide useful data for other disciplines, too," added Dr Simons. " MERMAIDs could give readings for average current speeds at depth, spot depth soundings, and, with the ongoing miniaturisation of marine technology, a potential additional payload of low-power instruments only limited by the imagination"

Image 1: The MERMAID-001 prototype in and out of the water

Image 2: The clear onset of a wave form a magnitude six earthquake, produced by MERMAID on its maiden voyage