Pupils from the Betty Layward school in North London have been assisting the UCL Bartlett School with its research. 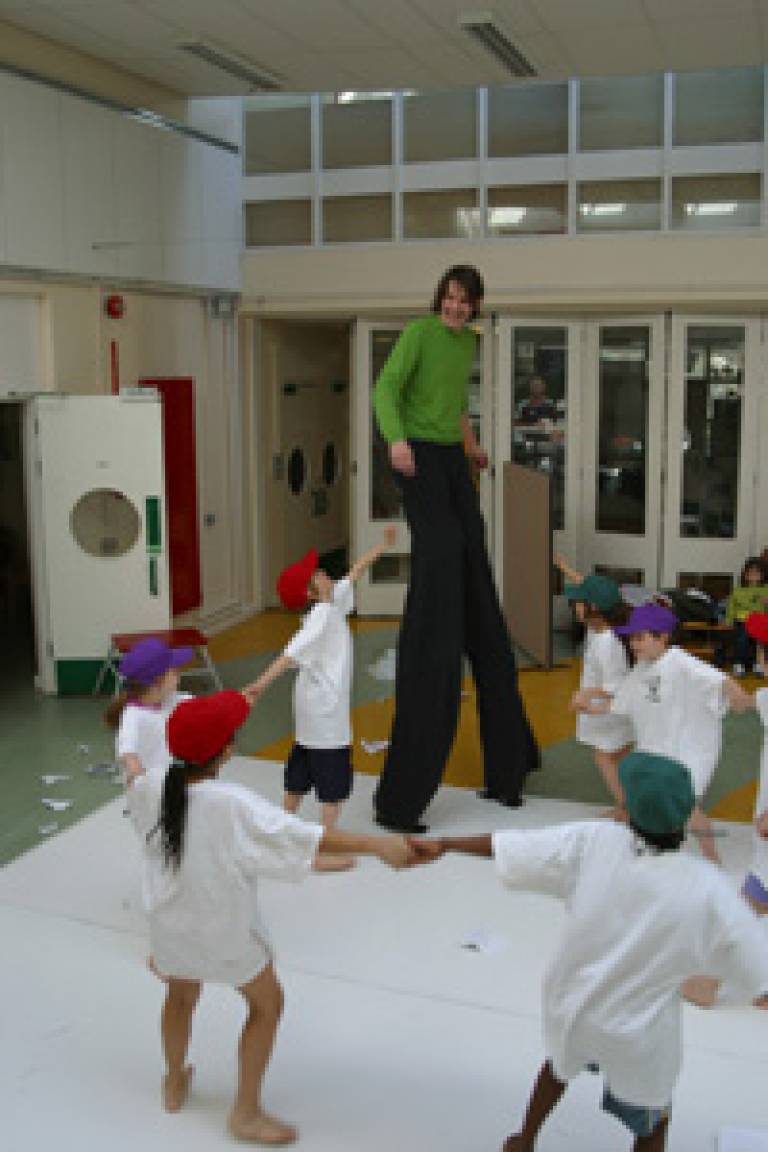 Professor Stephen Gage (UCL Bartlett), who secured EPSRC funding for the research, explains the dual goals of the project: "For the schoolchildren, 'Making an Ecology' aims to teach them that it is possible to create objects that live in the physical world and interact with each other thus producing an ecology, where people are the intruders. For the fourth-year architecture students, the project aims to enable them to understand how sensing, activation and feedback systems can be used to create a time-based architecture, and how the role of design, especially the choreography of moving objects, is crucial to this."

The project began in January 2006 with a series of seminars in which architecture students were shown the principles needed to construct a virtual ecology. During the four workshops that followed, children were asked to act out the potential behaviours of agents in different circumstances. In one session the agent was a snake. Here, the schoolchildren played the part of the snake and were asked to respond as if a huge human - played by a Bartlett student on stilts - was walking over the top of them. The workshops were filmed for analysis using top-down recording, and the different agents invented by the children were identified by the coloured caps that they wore.

The results of the workshops have been made into an installation, comprising an interactive agent-based floor projection, sourced from the workshop recordings and developed by Research Assistant, Andrew Huntington, and will be on display at the UCL Bartlett School of Architecture Summer Show from Friday 23 June 2006.

To find out more about the UCL Bartlett School of Architecture Summer Show, use the link at the bottom of this article.

Image:
The school children of Betty Layward School interact with a stilt walker