New book: 'Rulers and victims - The Russians in the Soviet Union'

President Vladimir Putin of Russia said: "He who does not regret the break-up of the Soviet Union has no heart; he who wants to revive it in its previous form has no head. 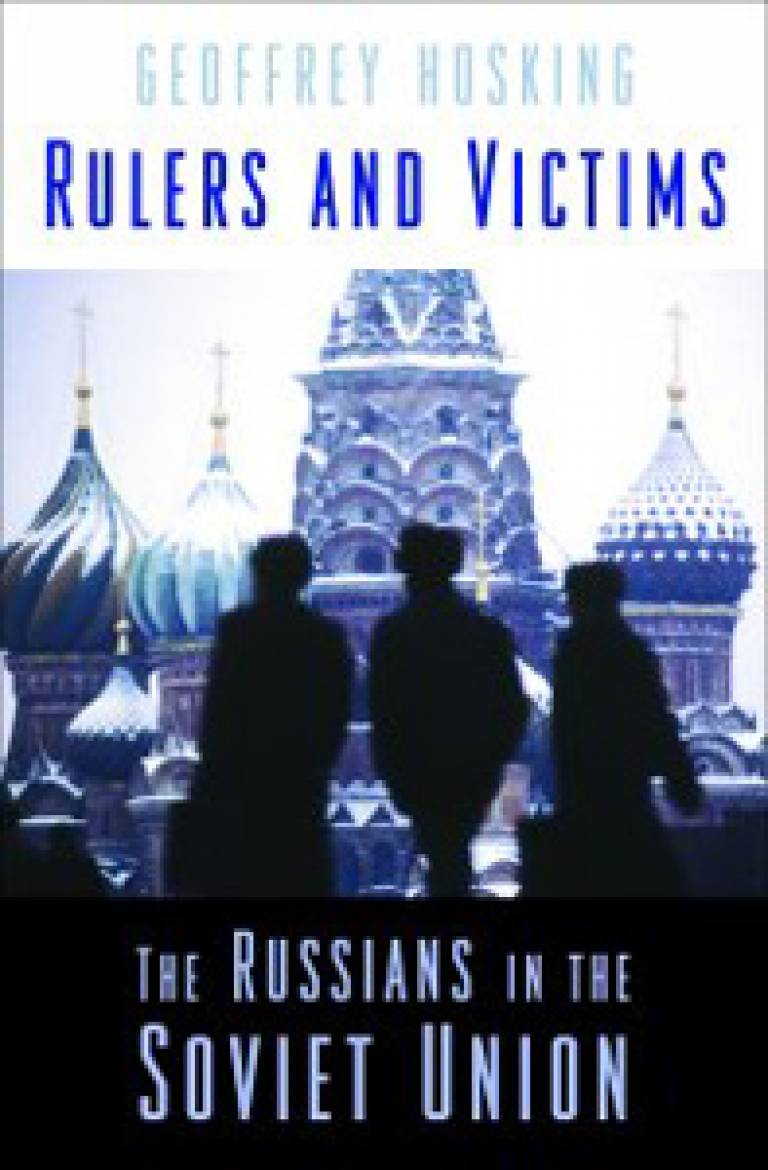 " In the years that have followed the break-up of the Soviet Union, during which Russia became a single country again, rather than the largest of a collection of states, Putin's remarks illustrate the unusual relationship that the Russian people had with the Soviet Union.

This relationship is explored in depth for the first time in 'Rulers and Victims - The Russians in the Soviet Union' by Professor Geoffrey Hosking (UCL SSEES). Professor Hosking argues that the Soviet Union was formed by two varieties of messianism - the belief that the Russians were a 'chosen people' - one generated by the Orthodox Church, the other by socialism. The Communists promised that the Soviet Union, through socialism, would lead humanity to a brighter future. However, the two varieties of messianism contradicted one another, and both of them were at odds with the community spirit of the Russian people. Out of this three-sided conflict came a cultural tension that weakened and ultimately destroyed the Soviet Union.

Throughout the life of the Soviet Union, most outsiders called the country 'Russia', even though Russia was just one of the Union of Soviet Socialist Republics. Professor Hosking writes that, for many ethnic Russians, this was also the case: their national identity was wholly tied up in the Soviet Union, while other nationalities in the union, such as Ukranians, Poles and other Slavic peoples, were considered 'ethnic minorities'. The result has been that, with the end of the Soviet Union, Russians have had to rediscover their national identity in a way that citizens of other former Soviet republics have not.

'Rulers and Victims' considers the issue of national identity by looking at the history of twentieth-century Russia. It begins before the 1905 and 1917 revolutions, and guides readers through the formation of the Soviet Union, the shaping of a collective identity during the war years, the 'messianic' mission of creating Soviet satellite states across Eastern Europe during the cold war, the collapse of the Soviet Union and, ultimately, the years since 1991, placing Russia's current quest for national identity into a broad historic context. Through this approach, Professor Hosking provides both a fascinating contribution to the intellectual debate about nationhood and a new perspective on Soviet and Russian history during the twentieth century.

'Rulers and victims' is published by the Belknap Press of Harvard University Press.