Lord Young of Graffham (Laws 1954), former Chair of UCL Council, presented UCL with a complete set of photographic prints taken from his new book, 'Degrees of Isolation', on 12 July 2006. 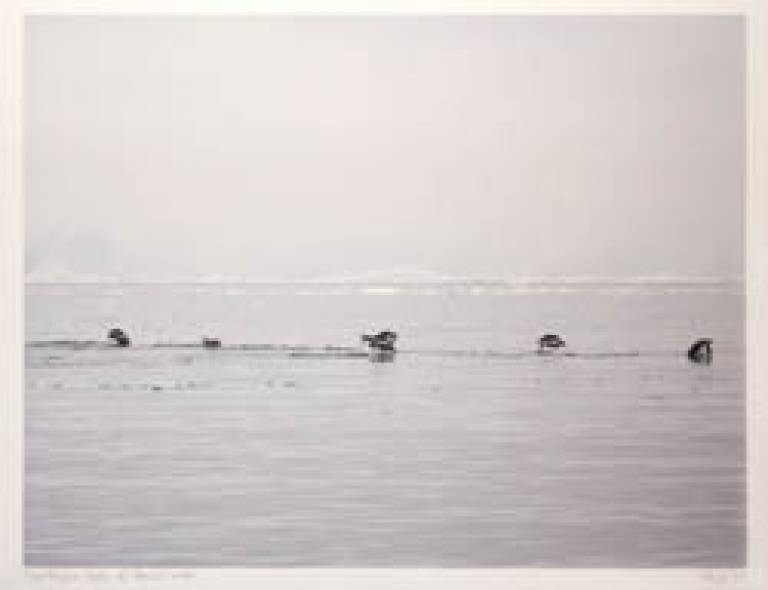 The book features photographs taken during Lord Young's trip to South Georgia and the Antarctic coasts. They were shown in his first photographic exhibition, in The Gallery in Cork Street, London, in April 2006. Lord Young got his first camera in 1946, and said he should have taken up full-time photography then. Instead, he went on to have successful career in business - including being Chair of Cable & Wireless - and was Secretary of State for Employment (1985-1987) and Secretary of State for Trade & Industry (1987-1989). He is now Chair of Young Associates Ltd, which works on behalf of major British companies on infrastructure projects across the world and provides venture capital for startup projects.

UCL President and Provost Professor Malcolm Grant welcomed Lord Young back to UCL, this time as an artist, and thanked him for his generous gift. He said the prints would be added to the other treasures in UCL Library Services Special Collections.

Lord Young said that when he published his first book - 'The Enterprise Years: A Businessman in the Cabinet' - in 1991, his mother had said: "You're not an author until you publish a second book." Now, 15 years later, he could describe himself as an author.

In August, Lord Young will set off to the North Pole, camera in hand again. If that trip results in a second exhibition, he said, he will be able to call himself an artist.

Proceeds of sales will be donated to The Prince's Trust, of which Lord Young is a Member of Council.

To find out more about the UCL Library Special Collections, use the link at the bottom of this article.