China can improve its graduates' employment prospects by working closely with industry leaders and associations, and developing specialist courses, according to UCL Pro-Provost Professor David Norse, who spoke at the tenth anniversary of the China Scholarship Council (CSC) in Beijing last month. 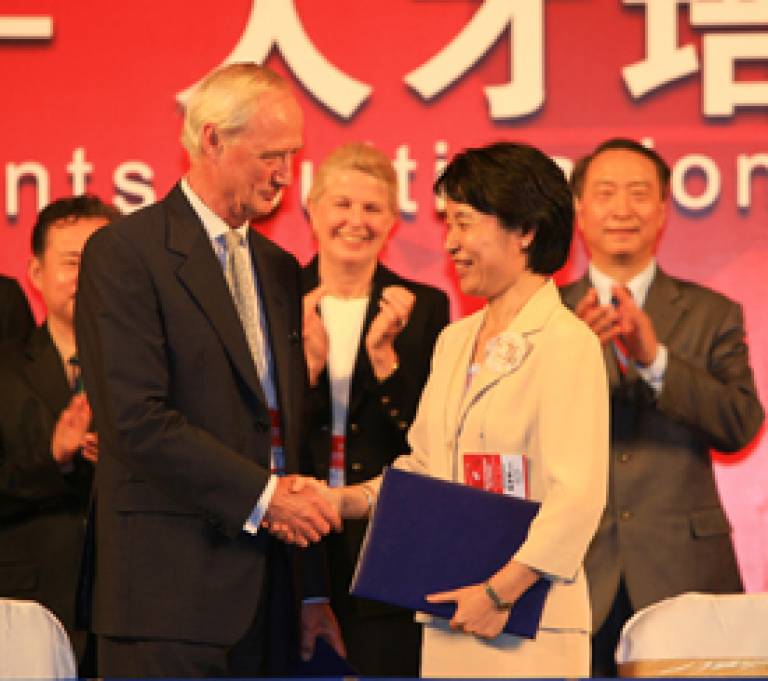 Professor Norse, Pro-Provost for China, Hong Kong and Macao, shared UCL's strategy for producing graduates in demand by industry with the CSC - a non-profit institution affiliated to the Ministry of Education and many leading Chinese universities.

Joint degree courses which link together disciplines such as engineering and business, and whose curricula are designed in consultation with industry, help to differentiate UCL graduates in an increasingly competitive job market, according to Professor Norse, who in addition to his role as Pro-Provost is Visiting Professor of Environmental Management at UCL Geography and Honorary Professor of the Chinese Academy of Sciences' Institute of Geographical Science and Natural Resources.

Securing sponsorship from industrial groups for specialist masters degrees, for example, in broadband telecommunications, and running bespoke postgraduate courses for market-leading companies are further ways in which UCL equips graduates with skills that are desirable to industry. The university also runs highly specialist courses in leading edge technologies such as software science and financial accounting, and short courses that foster professional development and lifelong learning.

The anniversary celebration, which was attended by over 600 education experts from around the world, also saw UCL reshape its relationship with the CSC in response to changing needs. In 2000, UCL established two law and two general joint masters scholarships with Tsinghua, Peking and other leading Chinese universities. However, Professor Zhou Ji, the Chinese Minister of Education, asked UCL to give more emphasis to the training of PhD students during a visit to the university in October 2005. As a result, UCL and the CSC have agreed to replace the two general masters degrees with up to 20 PhD scholarships by combining funds from the Overseas Research Scholarships Scheme, the Simon Li and Vinsun Chu Trusts and the CSC.