Researchers from the UCL Centre for Advanced Spatial Analysis (CASA) have launched an online tool that traces the origins and concentrations of surnames across the UK and beyond. 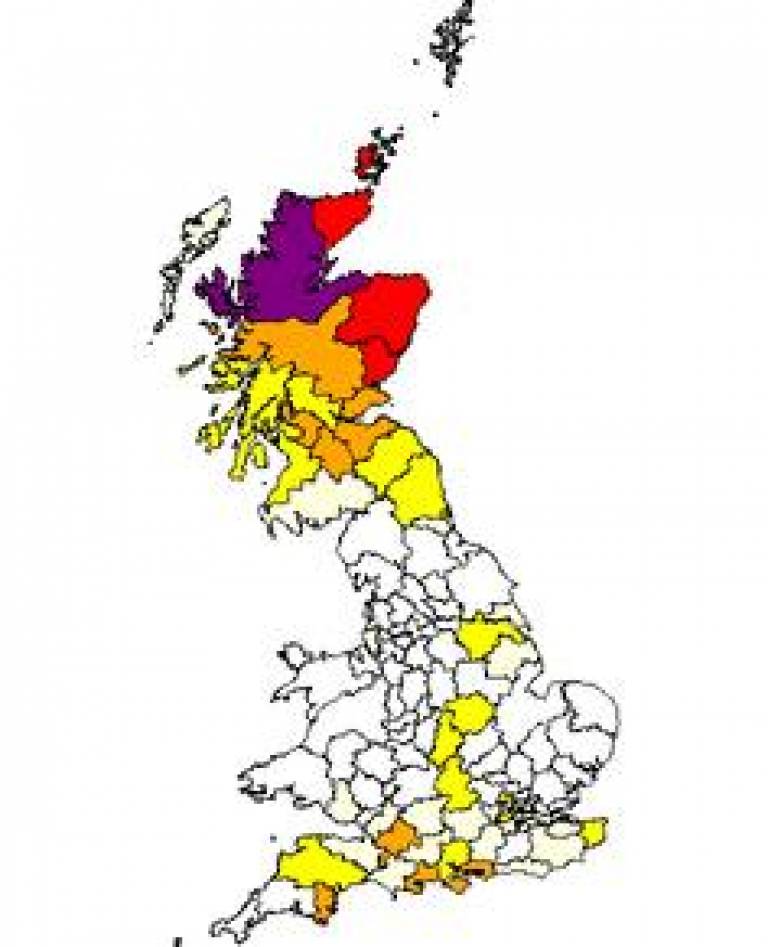 The 'Surname Profiler' is a free tool, accessible to the public, which maps surname concentration by county. The site also demonstrates how the most common British surnames are distributed across North America, Australia and New Zealand, providing a fascinating insight into migratory patterns.

Led by Professor Paul Longley and Professor Richard Webber, the Economic and Social Research Council (ESRC) funded study collected the most common 25,000 family names in the UK from the 1881 census and the 1998 electoral register.

Surprisingly, the distribution of many surnames has remained consistent and in the same regions over the generations. Smith is the most popular surname, with more than 500,000 Smiths in the UK. As in 1881, the highest concentration of Smiths can be found in Lerwick, Shetland Islands. Jones is not far behind, followed by Williams and Brown respectively.

Patel is a relative newcomer, not featuring in the 1881 census. However, it is now the 40th most common surname in the UK. Of the 80,000 Patels on the register, the highest concentration can be found in Harrow, Middlesex.

Professor Longley said: "Along with providing a fascinating source of information for people wanting to trace their family roots, our study was aimed at understanding patterns of economic development, population movement and cultural identity. This databank will boost our ability to analyse such things as patterns of emigration from Britain, and it will be a boon to those working on issues from integration and assimilation into mainstream society to strategies for local policing."

To celebrate the launch, CASA is hosting a one-day conference for educators and postgraduates on 24 February 2006. Entitled 'Spatial Literacy in Learning: Communicating GIScience,' the event will showcase some recent developments in spatial analysis, software and pedagogy.