UCL and China: work and play

The UCL Careers Service held an event on 7 February 2006 focusing on the needs of Chinese and Hong Kong nationals working and studying at UCL, of whom there are currently more than 900. 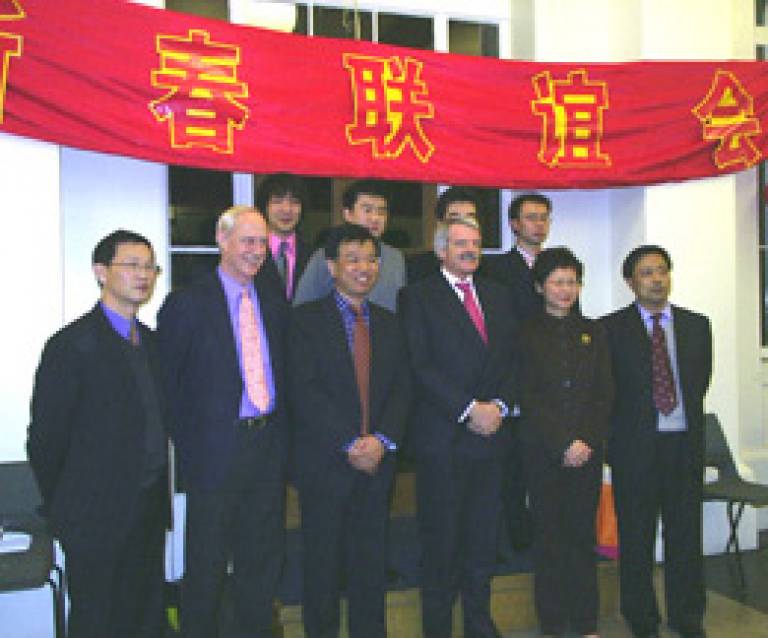 More than 140 students attended the event, as well as representatives from eight participating organisations. The evening consisted of a series of short presentations and networking opportunities in both English and Mandarin from organisations including Atkins, KPMG, Ernst & Young and the Shanghai Association for International Exchange of Students.

In addition, representatives from the Global Career Company, Enter the Dragon, FTC Kaplan and UCL Rights and Advice were also on hand to talk to students about employment and training opportunities, as well as offering advice on issues such as immigration law.

Held in the new UCL Careers Service facilities on the 4th floor of the ULU building, many of the employers present had a specific interest in attracting internationally educated Chinese nationals into employment in the UK and in China and Hong Kong.

The event was very positively received by both students and staff.  Mr Alun Griffiths, Group HR director of Atkins, was delighted with the success of the event. He said: "As a major player in China, as well as a leading UK employer, we were extremely impressed with the way the event was organised and the quality and enthusiasm of the attendees."

The following evening, UCL Provost and President Professor Malcolm Grant hosted a reception in UCL's cloisters for all UCL staff and students from the People's Republic of China and associated territories.

The event was jointly organised by Professor David Norse, UCL Pro-Provost for China, Hong Kong and Macau and Mr Yiqiang Zhao (UCL Electronics and Electrical Engineering) who is President of the UCL Chinese Students and Scholars Association (CSSA).

UCL's refectory provided a feast of traditional food, and the CSSA decorated the venue with traditional red banners and lanterns. The red flood-lit portico made an impressive welcome for specially invited guests Mrs Carrie Lam, Director General of the Hong Kong Trade Delegation in London, and Mr Yongda Wang, Minister Counsellor for Education from the Chinese Embassy in London.

During the week ending 19 February 2006 a free, touring photographic exhibition entitled 'Modern China' will be on show in UCL's cloisters. The exhibition has been arranged by the CSSA in conjunction with the Chinese Embassy in London. The exhibition is intended for viewers to learn more about present day China.