An international team of leading academics including Professor Bernadette Modell of the UCL Centre for Health Informatics &amp; Multiprofessional Education (CHIME) has estimated that every year eight million children worldwide are born with a serious birth defect of genetic, or partially genetic, origin. 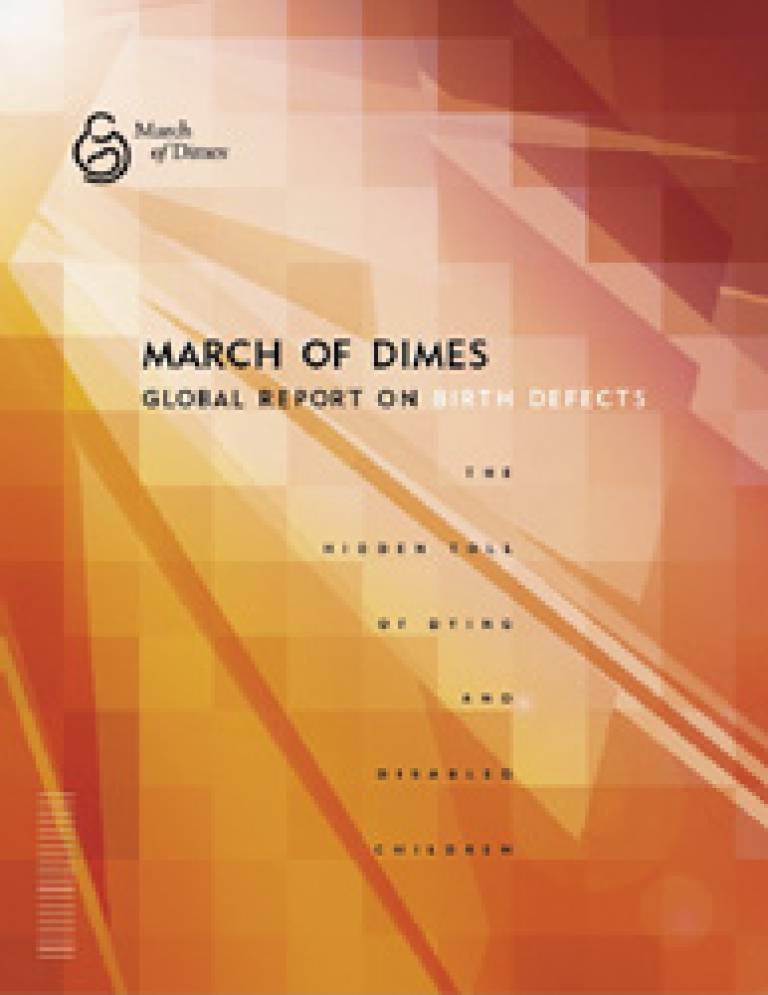 A major report outlining the finding has been published by the March of Dimes, a national voluntary agency from the United States. 'The March of Dimes Global Report on Birth Defects: The Hidden Toll of Dying and Disabled Children' reveals that at least 3.3 million children under the age of five die annually because of serious birth defects, defined as any serious abnormality of structure or function. An estimated 3.2 million of those who survive may be mentally and physically disabled for life.

The authors said: "It is a common misconception that attention to birth defects will divert funding from other priority public-health efforts when, in fact, increased efforts to reduce birth defects in children contributes to the health of the entire population."

The report's recommendations are aimed at addressing health disparities between richer and poorer nations and at reducing the toll of infant deaths, especially in low- and middle-income countries. The report also presents the case for recognising and addressing the highly significant contribution of birth defects to infant and childhood mortality.

Professor Modell is also Director of the UCL CHIME World Health Organisation Collaborating Centre for the Community Control of Inherited Disorders. Over many years she has developed the database and methods that underpin the report. She said: "This is a first cut. With more study and more money, we will be able to answer many of the questions that this report has uncovered."

To find out more about CHIME or the March of Dimes, or to access the report in full, use the links at the bottom of this article.