An exciting multimedia exhibition, opening at Asia House from Saturday 30 September to Saturday 7 October, will showcase the work of 'Routes &amp; Remedies', a project based at the Wellcome Trust Centre for the History of Medicine at UCL that looks at medicine and lifestyle in Asian communities in London. 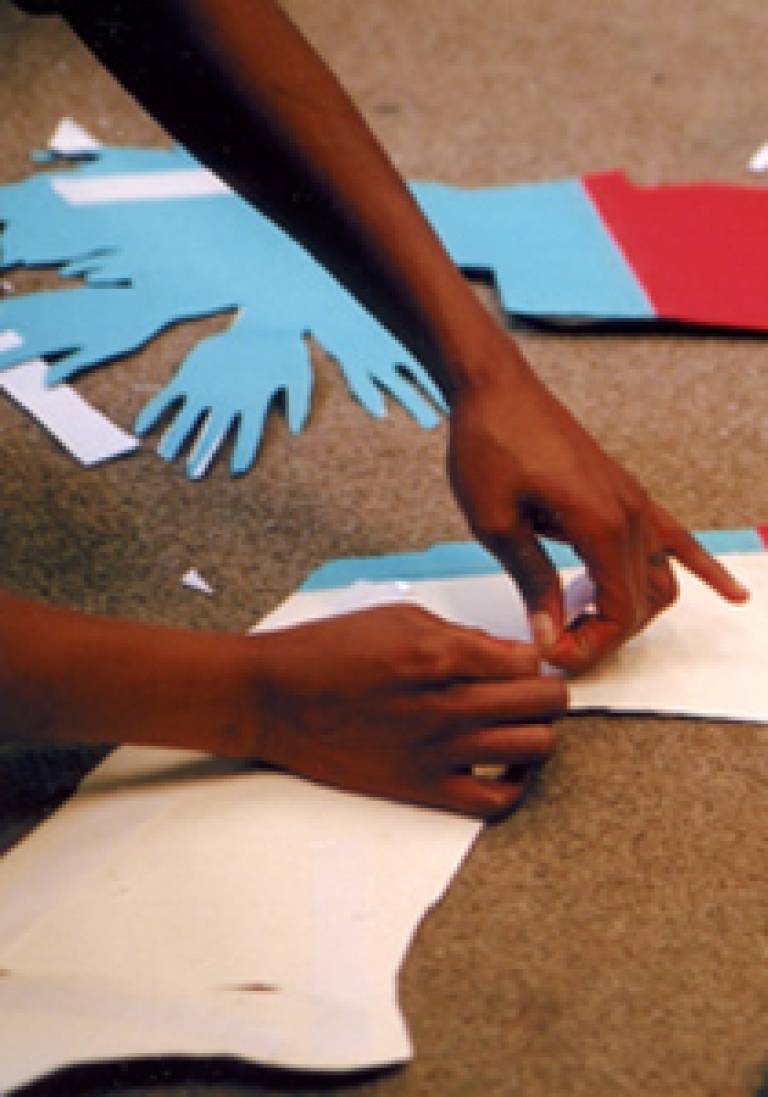 Traditional medicines from Asian communities are in a constant state of transformation. They can be maintained, reinvented, fused with other traditions, or simply rejected by Asian children growing up in this country. The 'Roots & Remedies' project investigates the use in households of traditional medicines and approaches to well-being. UCL historian of medicine, Dr Vivienne Lo, said: "The reach of new scientific understanding in European cultures has almost banished traditional healthcare from modern life. In Asian communities there is more continuity with the past."

Renowned artist Chila Burman, a member of the project team, has conducted workshops with schoolchildren to create artwork that reflects the medicines and lifestyles they are being brought up with. The project also features cookery sessions with the children, to find out about the traditional recipes that are used in their homes. So far the team has visited two primary schools in central London, and there are plans to go to two secondary schools next term.

Alongside the art and cooking, Dr Lo has filmed a series of interviews with first-, second- and third-generation Asians living in London. While talking about medicines and food, interviewees reveal many other insights into life as part of a minority ethnic community, and the diverse ways in which people adapt to new cultural environments.

The footage, art and cooking to come out of 'Routes & Remedies' all show that the term 'healthcare' can be interpreted in different ways. European culture tends to emphasise the differences between being 'well' and 'ill', typically focusing on medical intervention as a means to correct things that go wrong. Meanwhile, other traditions pay greater attention to aspects of daily living, such as food, prayer and meditation, than to a proscribed 'health regime'.

All the materials collected by the project are available online as a free resource for anyone researching culinary and medical traditions, or for anyone interested in picking up traditional Asian health remedies and recipes.

Dr Lo hopes that 'Routes & Remedies', which began last year, will serve as a pilot for future projects that look into the evolving cultural heritage of minority ethnic communities in the UK. She said: "There are many communities across the UK whose stories can teach us about changing traditions in medicine and healthy living. It is fascinating to see how cultures mix, and how traditions can fuse together."

Film, sound and arts installations will go on display at Asia House, 63 New Cavendish Street, London W1G 7LP, where there will be a series of evening lectures and daytime workshops from 30 September to 7 October.

'Routes & Remedies' is an arts outreach project funded by a grant from the Wellcome Trust.

Image: A child creates artwork during a school workshop