The England women's cricket team comfortably beat India at Lord's on 14 August 2006 to secure their first win against the tourists in a competition which will run until 1 September 2006. 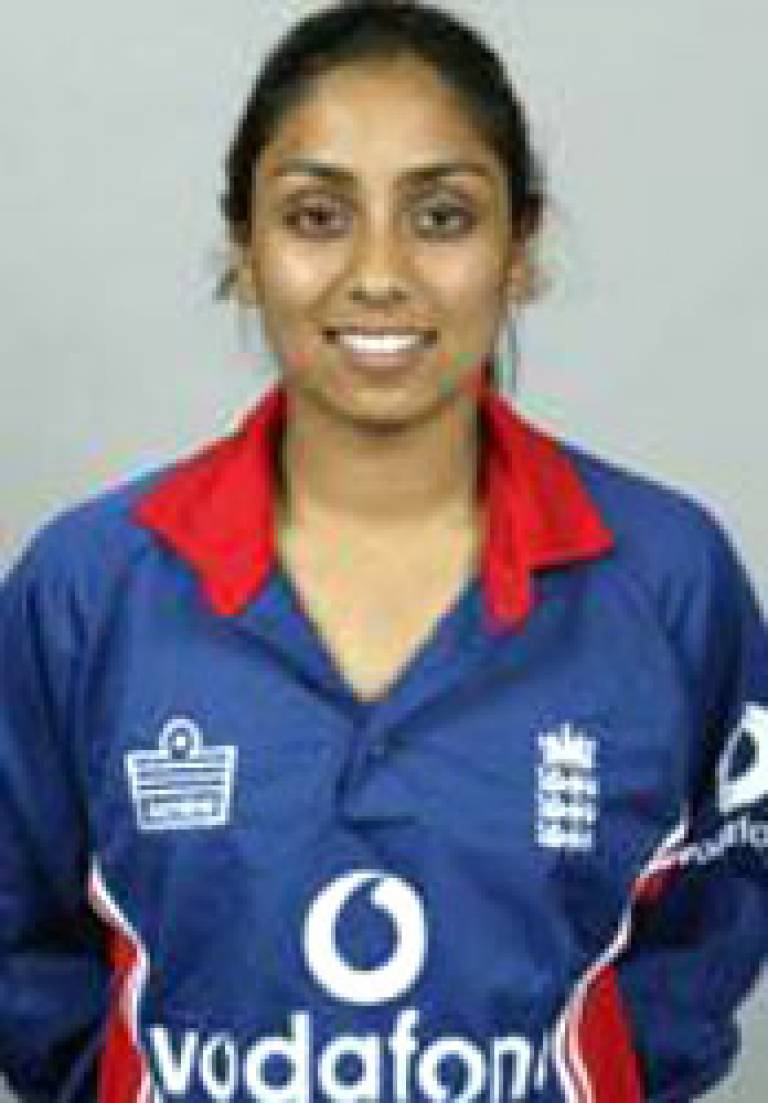 The victory coincided with the first match in the series played by student Isa Guha (UCL Biochemistry & Molecular Biology).

Isa sat out the opening two games which saw a victory for India in the Twenty20 International and a draw in the first test. Against this backdrop England badly wanted a win, especially as it was the first time the women's team had played at Lord's in five years. However, this double pressure didn't seem to affect Isa, who gave a confident performance, taking one wicket and three catches during the course of the match.

Isa - a medium fast pace bowler - is a regular member of the team, and made her international debut at the age of 17 in the 2001 European Cup. Since then she has toured New Zealand, where she was instrumental in England's overall victory in 2004, taking 5 for 22 in the fourth match. She also toured Australia in winter 2002/2003, where she was named bowler of the series.

The fourth match, a one-day international, will be held at the Denis Compton Oval at Shenley. The remaining one day matches will be held at Arundel, 19 October; and at the Rose Bowl, Southampton, 24 and 25 August. The tour will be wound up at the County Ground, Taunton between 29 August and 1 September with the second and final test.