UCL Vice-Provost Professor Michael Worton was promoted from Chevalier to Officier des Palmes Académiques, a French decoration awarded to academics and members of the educational profession, on 30 August 2006. 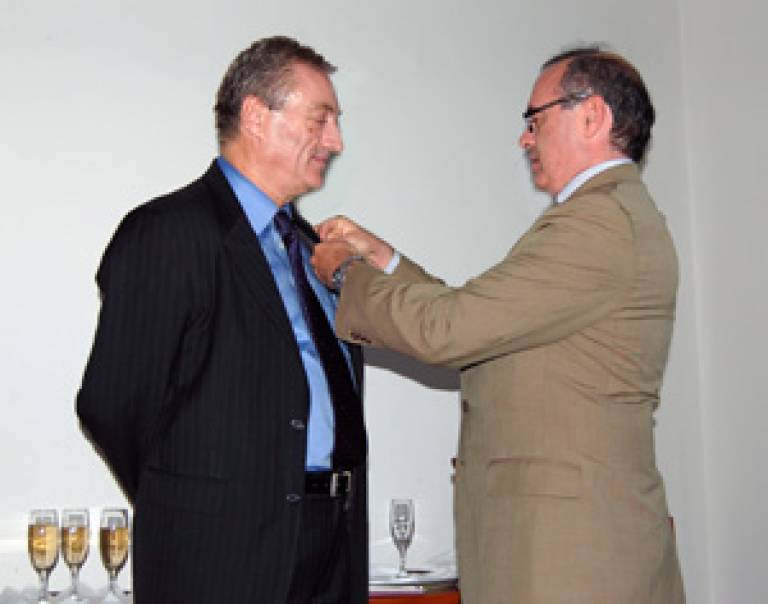 The award was created by Napoleon in 1808 to honour eminent members of the University of Paris. It was re-instituted in 1955 and is one of the oldest civil awards available.

The award may now be bestowed by the French Minister of Education to people from all parts of the educational community, including those outside France who have contributed actively to the expansion of French culture in the rest of the world.

Professor Worton has written extensively on modern French literature and on issues in critical theory and gender theory. Olivier Chambard presented the decoration, on his final day as Conseiller Culturel of the French Embassy. He praised Professor Worton's scholarship on French culture and his contribution to cultural and educational links between the UK and France.

To find out more about Professor Worton, use the link at the bottom of this article.