So close to the city, so far from the pipes….UCL at the IV World Water Forum

The 4th World Water Forum, which was held from 16-22 March 2006 in Mexico City attracted almost 20,000 participants, including 1,100 journalists from 149 countries and some 320 national and international organizations who took part in 205 sessions. 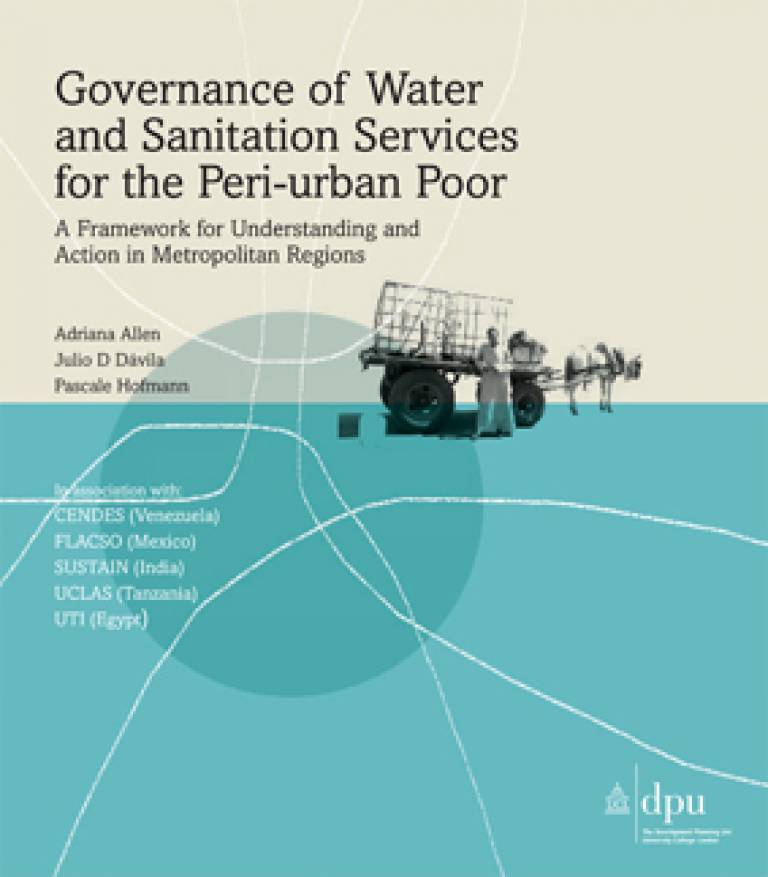 Adriana Allen, Director of Research of the UCL Development Planning Unit (DPU) represented UCL as one of beacons promoting the discussion on institutional development and political processes, which was one of the five cross-cutting perspectives informing the discussion at the forum.

The work of the beacons culminated with the proposition of a number of sessions that were the core of the debate at the forum. DPU proposed five sessions, including one on 'Governance of Water and Sanitation for the Peri-Urban Poor: Bridging the Gap between Policies and Practices'. Adriana Allen said: "This was an excellent opportunity to raise the debate about the particular conditions affecting the provision of water and sanitation in peri-urban areas, to disseminate the outcomes of a three-year research project coordinated by the DPU and to launch a book and booklet with the main findings from the project".

The research was conducted by Julio Dávila as Principal Investigator and Adriana Allen and Pascale Hofmann as co-investigators, in collaboration with five partner institutions from India, Egypt, Tanzania, Mexico and Venezuela, with support from the UK Government's Department for International Development (DFID).

In addition, the DPU team coordinated a series of workshops at the IV WWF concerned with empowerment and democratisation in the water sector. The workshops were open to the public and were based on nine local actions from all over the world, representing innovative experiences championing citizens' action and direct democracy. Adriana Allen reported: "These were not simply cases of community-led water provision at the local level but good examples of specific strategies deployed to bring to the fore indigenous water knowledge systems, social mobilisation against the construction of large and high-impact infrastructural projects, gender-aware collective action, appropriate technologies, fair and cost-effective partnerships with local water providers and more accountable and transparent relations between citizens, local providers and municipal governments".

The workshops were very well attended and gave place to an animated debate.

The conclusions and a number of key questions and recommendations fed into a high level multi-stakeholder panel on empowerment and democratisation that informed the Ministerial Conference at the end of the forum.

This panel was chaired by Julia Carabias and included Barbara Frost, WaterAid Executive Director; Pedro Arrojo, President New Water Culture; Ger Bergkamp, Head Water Programme IUCN and Margaret Catley Carson, Chair Global Water Partnership, in addition to four local activists and Adriana Allen from UCL. She said: "Perhaps one of the most interesting outcomes of the panel was the commitment on the part of the organisations involved to embark into a specific project exploring what specific conditions strengthen and constrain an 'enabling environment' to expand and deepen citizens action, a challenge that the DPU is committed to pursue".