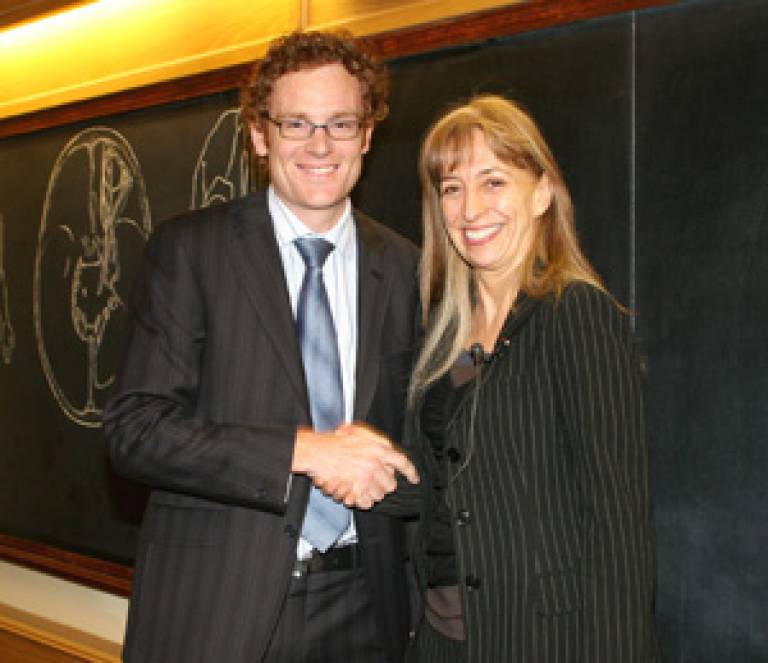 Coinciding with Brain Awareness Week, the symposium consisted of a poster competition and guest lecture by Baroness Susan Greenfield.

Organised mainly by students, the symposium grows in popularity each year, and this year saw an unprecedented 61 entries in the poster competition, open to all postgraduate students based at the Institute of Neurology.

Entries were judged by a panel of UCL academics from the institute, who were highly impressed by the exceptional standard of posters.

After the judging, Baroness Greenfield, Director of the Royal Institution of Great Britain, and Professor of Pharmacology at The University of Oxford, gave a lively and inspirational lecture entitled 'What hope in the future for combating neurodegeneration?'

Retiring Assistant Secretary for Students, Mrs Janet Townsend, was thanked for all the invaluable help she has given in organising the Queen Square Symposium over the years and was presented with a bouquet the students of the symposium organising committee.