On 24 March 2006, the UCL Astrophysics Group held an opening ceremony to celebrate their move to the newly refurbished Kathleen Lonsdale Building (KLB). 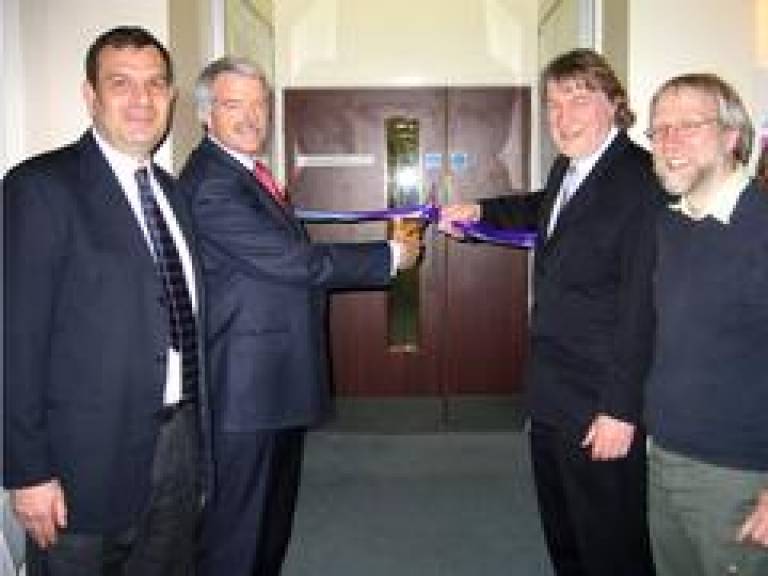 Part of UCL Physics & Astronomy, the Astrophysics Group is one of the largest in the country and incorporates the Atmospheric Physics Lab, the Optical Science Lab and staff from the University of London Observatory. Historically, the group was scattered around different areas of UCL.

Professor Lahav said: "The move was divided into two phases. With the first now successfully completed it has already generated an excellent intellectual atmosphere.  This move also matches well the recent expansion of the group into new areas such as Cosmology and Astrobiology and an involvement in new cutting edge international projects such as the Dark Energy Survey.  With the completion of the second phase soon, almost the entire group will be positioned together in one place."

The KLB has accommodated many distinguished scientists over the years, such as Sir William Ramsay, who won the Nobel Prize in Chemistry 1904, and Kathleen Lonsdale, a well-known chemist and the first woman professor at UCL.

Previously the building was known as 'Old Chemistry' and is familiar to many previous UCL astronomers. It was the place where many of the people involved with the IUE satellite project worked, and where many successful infra-red balloon experiments were built.  Over the past ten years the KLB has also used by the Condensed Matter Group.

Professor Lahav, the current holder of the Perren Chair, paid tribute to the three former Perren Professors C W Allen, Sir Robert Wilson and David Williams for their combined contribution to the group over the past 50 years.

He thanked members of staff for their contribution to the refurbishment, in particular Professor Brian Martin, Professor Allan Willis, Hilary Wigmore, and the UCL architects Connor Wilson and Marina Stephanides.