A team of scientists from the UCL Institute of Nuclear Medicine and the Centre for Psychosis, at King's College London's Institute of Psychiatry, has reported a new finding which is relevant to the early diagnosis of schizophrenia. 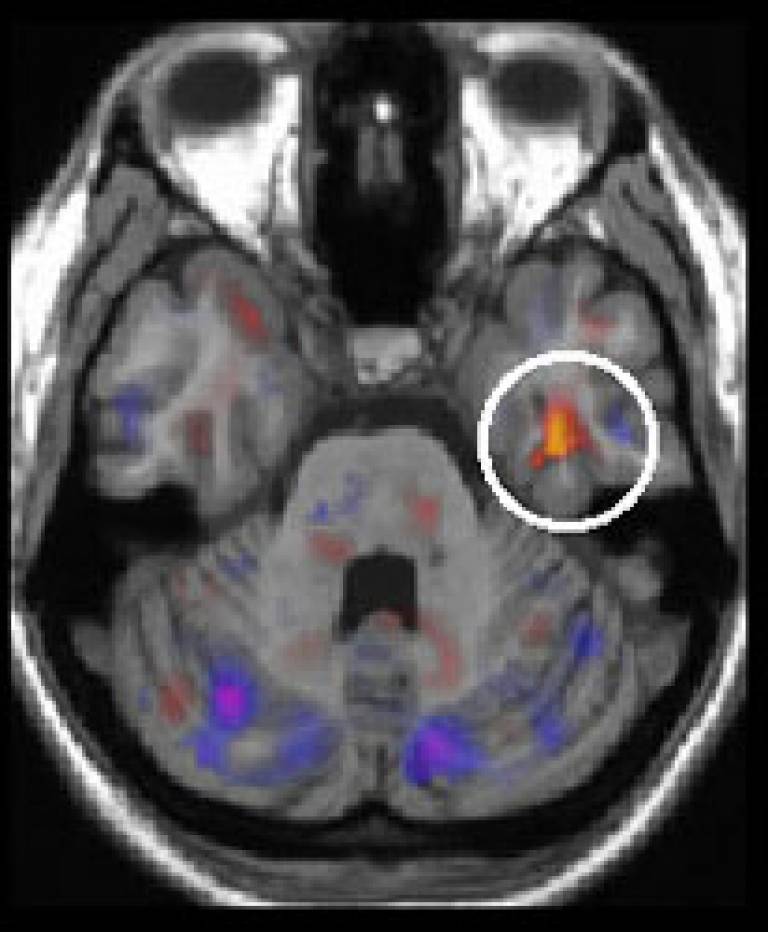 The team has found that a new type of brain scan reveals a chemical abnormality in the temporal cortex in living cases of schizophrenia. In the past it has only been possible to explore this in a post-mortem examination. The development means that it may now be possible to diagnose and treat schizophrenia in new ways.

In the brain, nerve cells 'talk' to each other using chemical messengers called neurotransmitters. Scientists have believed for a long time that a deficiency in one of the chemicals in this system could lead to problems akin to 'loose wiring' between areas of the brain. Now that it is possible to examine the chemistry of the brain in a non-invasive way, this suspicion has been confirmed, and doctors will be able to diagnose schizophrenia earlier and with greater certainty.

'First in vivo evidence of an NMDA receptor deficit in medication-free schizophrenic patients', the paper that describes this work, was published in 'Molecular Psychiatry' in February. The research team adapted the SPET scan, which allows imaging of chemicals in living bodies, and used it to look at the brains of schizophrenic patients who were not taking any anti-psychotic medicines.

Schizophrenia is a serious mental illness that affects one per cent of people in the UK. It causes disrupted thinking and behaviour, and can have devastating consequences for sufferers and their families.

For more information, follow the links at the bottom of this article.

Image: Schizophrenic patients have an NMDA deficit in the left hippocampus (circled area on brain image)