Dr Silvia Zane (UCL Mullard Space Science Laboratory) is among an international team of scientists that have discovered a unique neutron star, nicknamed 'Little Green Man 1', that could shed light on these mysterious phenonema. 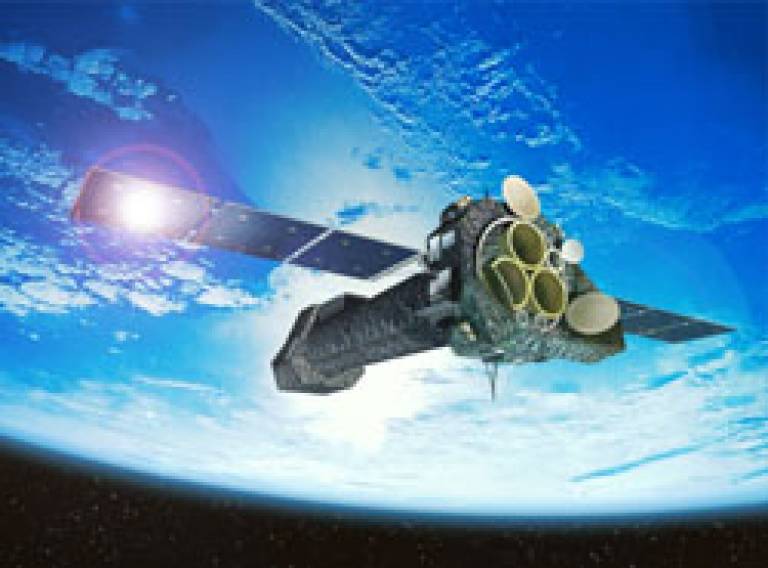 Spinning neutron stars, also known as pulsars, are generally known to be highly stable as they rotate. Their periodic signals, either in the radio or X-ray bands, can serve as very accurate clocks. So astronomers using the European Space Agency's (ESA) XMM-Newton X-ray observatory were very surprised when they discovered that 'Little Green Man 1', or RX J0720.4-3125, is not as stable as expected, and is in fact tumbling through space in an irregular fashion.

Dr Zane said: "We had initially been using RX J0720.4-3125 to calibrate the instruments on XMM-Newton, but we noticed that the readings were not as consistent as we expected and took a closer look."The team's findings, published in the journal 'Astronomy and Astrophysics', show that over the past 4.5 years the temperature of the pulsar has kept rising. Very recent observations now show that this trend has reversed and the temperature is now decreasing.

The team think this effect is not due to a real variation in temperature, but instead is most likely due to a change in the angle from which they are viewing the object. RX J0720.4-3125 is most probably precessing, meaning there is a slow tumbling of the star, which exposes different areas of the surface over time, as well as spinning on its axis.The X-ray observations promise to give new insights into the workings of neutron stars, as the fact that it is precessing means RX J0720.4-3125 is not spherically symmetrical but is distorted probably by its extreme magnetic fields.Neutron stars are one of the endpoints of stellar evolution. With a mass comparable to that of our sun confined into a sphere of 20-40 km diameter, they are extremely dense and hot. Soon after their birth in a supernova explosion, their temperature is around a million degrees, and they take a million years to cool down.

It is unlikely that the global temperature can cool down so quickly on 'Little Green Man 1' so the team believe that the temperature decrease they have monitored is due to seeing different areas of the stellar surface at different times.

Dr Zane added: "Having discovered that the changes observed during the recent years in RX J0720.4-3125 are due to the star undergoing precession, bringing different parts of its surface with different thermal/magnetic properties into view, paves the way to study the surface properties, bringing unique information on neutron star physics. Observations spread over a precession cycle can complement those spread over a spin cycle to provide such unique information about neutron stars."

Image 2: XMM-Newton X-ray image of the sky around RX J0720.4-3125 which is the central bright object appearing in red
(Frank Haberl, MPE)