Acclaimed scientists from all over the world gathered for UCL's very successful High Resolution X-ray Spectroscopy Workshop at the Mullard Space Science Laboratory (Department of Space and Climate Physics) on 27 and 28 March 2006. 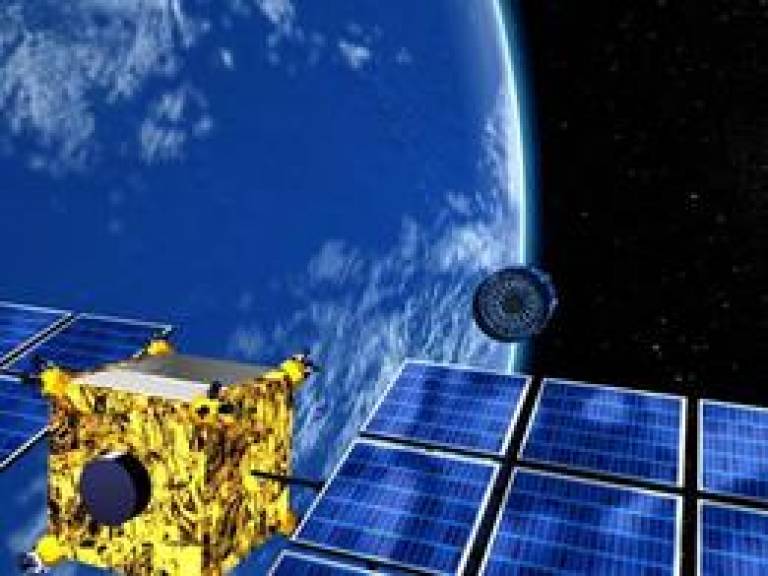 A follow-up to the similarly successful meeting in 2002, the event allowed experts in X-ray spectroscopy to take stock of what has been achieved, to review current understanding and consider how to build on it.

It is a very exciting time for astronomers with the launch of the Chandra and XMM-Newton observatories six years ago sending back data, and with the anticipated launch of two major missions, XEUS and Con-X.

Workshop organiser, Dr Graziella Branduardi-Raymont (MSSL) said: "Since the launch of the Chandra and the XMM-Newton, astronomers have become familiar with high resolution X-ray spectra provided by dispersive spectrometers. A whole new source parameter space has been opened up to investigation and exciting new insights have been revealed into the physics and energetics of X-ray emitters and absorbers. Soon further advances in this field will be provided by non-dispersive spectrometers, with similar high resolution to current instrumentation and with enhanced sensitivity."

Arvind Parmar from the European Space Agency discussed the X-ray Evolving Universe Spectroscopy (XEUS) mission. According to current plans, XEUS will be an enormous free-flying X-ray observatory, consisting of two spacecraft (one carrying the mirror, the other carrying the detectors) in formation, flying 50 metres apart. It is designed to search for the first giant black holes that formed in the universe, over 10,000 million years ago.

His counterpart from NASA, Nicholas White, also provided an overview of the Constellation-X (Con-X) Observatory - a combination of several X-ray satellites to orbit in close proximity to each other and work in unison to generate the observing power of one giant telescope.

These talks were among more than 30 given at the meeting, abstracts of which have been published online, along with details of the posters presentations.