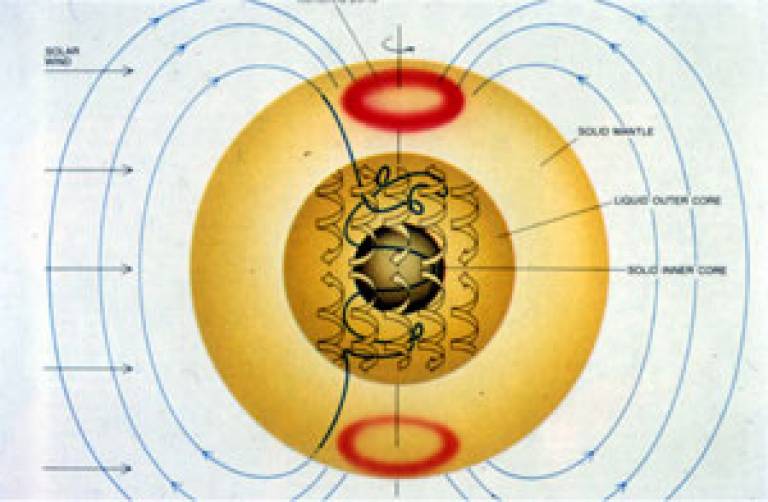 The €1.33 million prize will be invested in a five-year project in applied quantum mechanics calculations on condensed matter.

Developed by the European Heads of Research Councils in collaboration with the European Science Foundation, the awards are designed to attract outstanding young scientists from any country worldwide to create research teams for the further development of European science. Dr Alfè will receive his award with his fellow recipients at the World Science Forum, to be held in Budapest in November 2005.

The award will enable Dr Alfè to make major advances in quantum mechanics calculations using quantum Monte Carlo (QMC) techniques. His research team will focus on developing the theoretical tools required to determine the precise temperature of the Earth's core, as well as the best catalyst to produce hydrogen from methane and water.

Dr Alfè said: "Before we tackle the issues of finding the temperature at the Earth's core and the best catalyst for producing hydrogen, we will first develop a number of tools, based on high precision quantum mechanical calculations. Although the two projects have completely different aims, the tools will be very similar. Therefore, the two research projects will benefit from close collaboration."

Calculating the temperature of the Earth's core has been of interest to Dr Alfe for many years, and the QMC project builds on previous work conducted in collaboration with UCL's Professor David Price (Earth Sciences) and Professor Mike Gillan (Physics and Astronomy) Dr Alfè explained: "Although scientists currently have a rough estimate of the temperature of the Earth's core- - 5,200 °C± 600°C - a precise evaluation has important implications for our knowledge of the thermal structure of the Earth's interior, and with it our understanding of all the dynamical processes inside the planet, including volcanism, plate tectonics, earthquakes, and the geodynamo, which is responsible for the generation of the Earth's magnetic field."

It is widely accepted that the core consists of molten iron, and that its pressure is around three million atmospheres. With such high temperatures and pressures involved, it is extremely difficult to replicate the core's conditions in a laboratory to find the temperature. A technique called Density Functional Theory is currently favoured to perform calculations of this nature, but fails to produce the same accuracy possible with QMC.

"Improving accuracy is one of the main aims of this project," explains Dr Alfè. "Accuracy brings with it advancement - many planets around other stars have been discovered recently because of improved accuracy in equipment." The search for the most efficient catalyst in the production of hydrogen, however, is a new area for Dr Alfè. "At some point we will run out of oil, so we need more people working on alternative fuel sources. There is so much hydrogen produced today that even a small improvement will lead to enormous benefits."

The main problem for catalytic reactions is overcoming the energy barrier that prevents the release of hydrogen. A good catalyst will lower the barrier as much as possible. "Previously, the catalysts were found by trial and error," says Dr Alfè. "Now, DFT is becoming increasingly popular in the search of good catalysts. Hopefully, by applying QMC techniques, we can get closer to finding the most efficient catalyst."

To find out more,  go to EURYI Awards