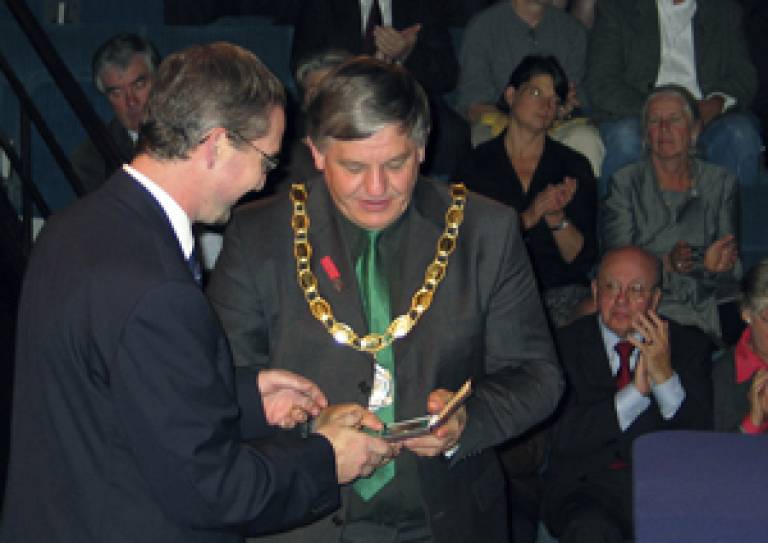 The award, backed by the Royal Colleges of Surgeons, Physicians and Obstetrics & Gynaecology, is in recognition of his work since 1992 in the research and application of digital imaging to photography in medicine and surgery.

The citation acknowledged his seminal papers on the subject and his work in teaching, advising and aiding many individuals and medical institutions around the UK in establishing clinical digital imaging as a secure routine prodecure.

At the event, on 6 October 2005 at the Royal Institution, David Bailey, Martin Parr, Steve McCurry and Dennis Thorpe were among other recipients whose contributions to art and science were rewarded. UCL was represented by Professor Michael Worton, Vice-Provost (Academic & International) and Professor Roland Rosner, Director of UCL Education & Information Support Division (EISD). Simon was accompanied by his wife and by John Conway and Tony Slade (Media Resources).

Image: Simon Brown (left) being presented with the medal