CryoSat, a satellite mission to resolve climate change uncertainties at the poles, will launch on 8 October 2005 from the Khrunichev Space Centre, Russia. 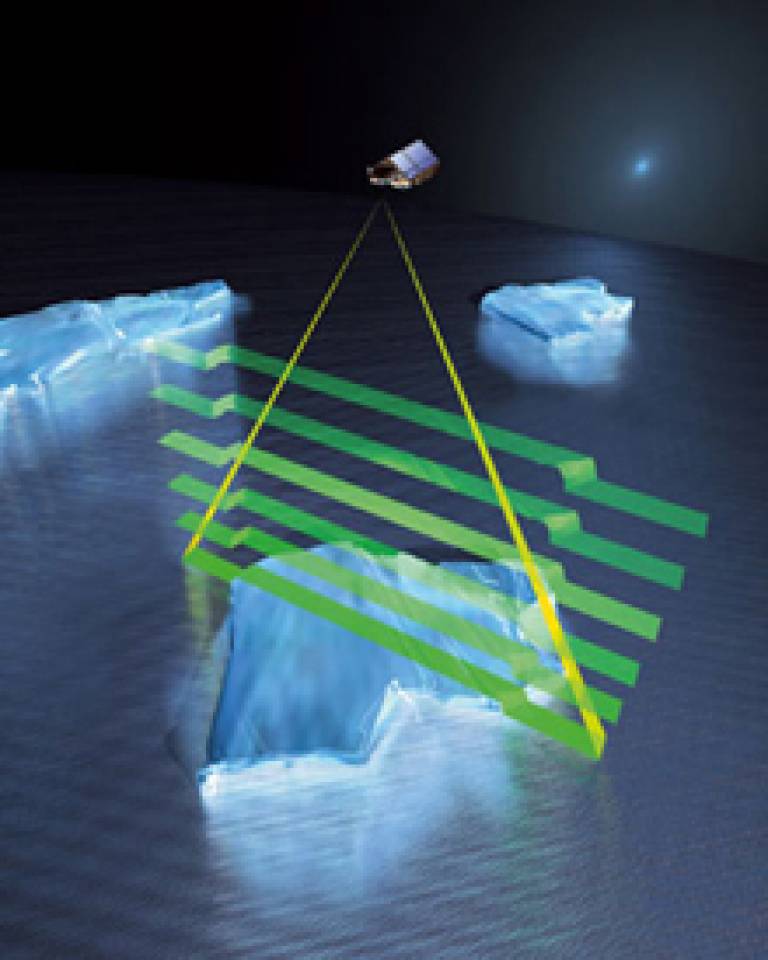 UCL scientists are involved in the mission - Professor Duncan Wingham (UCL NERC Centre for Polar Observation and Modelling) is the lead investigator of the mission.

The European Space Agency (ESA) mission will test whether global warming is reducing the sea ice of the Arctic Ocean, and aims to accurately predict the contribution to sea level rise caused by melting ice sheets in the Antarctic and Greenland. The satellite was proposed and developed by Professor Wingham's team and is the first of ESA's 'Earth Explorer' missions.

Professor Wingham said: "In 1998, we realised it was possible to measure sea ice thickness and, by inference, ice mass from space, which coincided with ESA's announcement of the Earth Explorers competition. Even back then it was clear that what was happening with Arctic sea ice mass was becoming a critical issue. We had demonstrated the approach was feasible using ESA's ERS class of radar altimeters, but at the same time, the flaws in trying to use that technology to solve this problem were immediately clear."

The observations made during CryoSat's 1000-day lifetime should determine whether or not Earth's ice masses are actually thinning in response to climate change. CryoSat will fly in an unusual, highly inclined polar orbit, just two degrees short of true north, to maximise its coverage of the poles. Its main instrument is a Synthetic Aperture Interferometric Radar Altimeter (SIRAL). Previous radar altimeters were optimised for operations over the ocean and land and lacked the resolution needed to adequately measure variations in land and sea ice. SIRAL is the first sensor of its kind designed for ice.

By measuring ice thickness on both land and sea very precisely over a three-year period, CryoSat aims to provide conclusive proof whether there is indeed a trend towards diminishing polar ice cover, and in the process enhance scientific understanding of the relationship between ice and global climate. "SIRAL is an extremely important new innovation for deriving sea ice thickness. The height of the ice surface above the waterline - commonly known as freeboard - is what CryoSat will measure," explained Professor Wingham. "In order to do that we have to distinguish ice and water, which Cryosat's superior resolution will help us accurately determine. Once the freeboard is measured, one may convert this quantity into ice thickness using knowledge of the density of ice."

To find out more about CryoSat, use the links at the top of this article