French award for President and Provost

The President and Provost of UCL, Professor Malcolm Grant, has been appointed an Officier dans l'Ordre National du Mérite of France by French President Jacques Chirac. 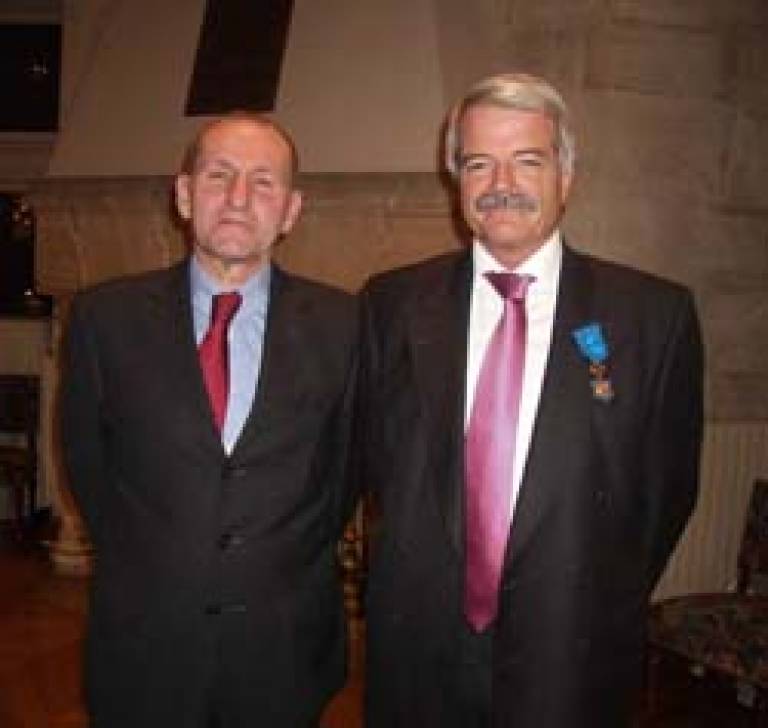 Professor Grant was formally invested with the insignia of the order in November 2005 at a ceremony in Paris by Monsieur Guy Canivet, the Premier Président of the Cour de Cassation, the chief justice of France.

Monsieur Canivet spoke of Professor Grant's career as an environmental lawyer and his record of public service, and praised the pioneering work of UCL in promoting strong links between the UK and France. A particular instance was the initiative of the UCL Institute of Global Law, led by Professor Sir Basil Markesinis (UCL Laws), which has included setting up a website of French legal materials translated into English, and also a scheme for members of the Cour de Cassation to spend time as visiting professors at UCL.

In his response, Professor Grant outlined the global vision for UCL and how it was reflected in the strong relationship both with the Cour de Cassation and also the several French universities with which UCL has enjoyed partnerships in teaching and research: "The relationship has a strong historic base: UCL was the first English university to establish a chair in French, in 1826, and has continued since then to establish research and teaching collaborations with France. Of particular importance is the forthcoming graduate programme in neuroscience involving the Ecole Normale Supérieure, the Université de Paris VI (Pierre et Marie Curie) and the Salpetriere Hospital."