Minister for Culture David Lammy came to UCL in November 2005 to view UCL's museums and collections. 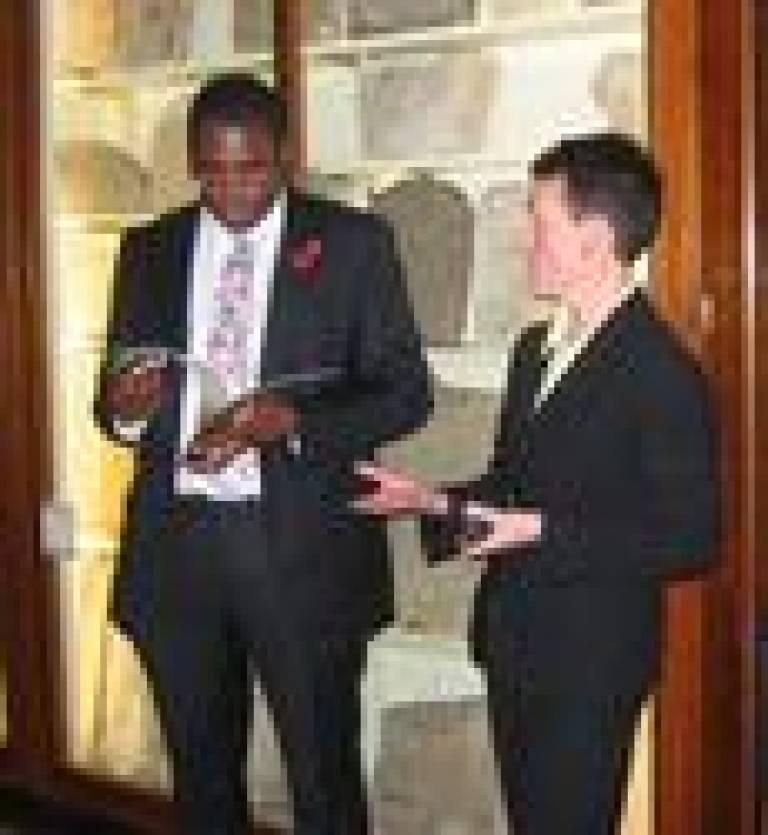 Dr Chambers showed David Lammy some of the highlights of the art collections, which include works by Rembrandt, Durer, Turner and Constable. She explained the Strang's dual function as a study resource for UCL students, and as an exhibition space.

Hugh Kilmeister and Sally Macdonald talked to David Lammy about the Petrie collection, whose gems include the world's oldest dress. David Lammy also questioned Subhadra Das, who is undertaking a positive action traineeship at the Petrie; a national scheme designed to combat the under-representation of ethnic minorities in the museum sector by providing traineeship programmes for people from under-represented groups.

Dr Helen Chatterjee showed David Lammy the highlights of the Grant collection, including the bones of a quagga - an extinct, horse-like creature of which there are few remaining skeletons in existence. She talked about the various outreach programmes run by the museum, including a programme where members of the public can 'adopt' a species of their choice from the collection.

David Lammy quipped: "I wonder what skull would be most appropriate for a Labour minister?"

Finally, Professor Worton talked about UCL's further cultural initiatives, from training to international partnerships. He discussed what UCL can offer London in the run-up to the 2012 Olympics; emphasising university's ideal location near to major transport hubs King's Cross and Euston, and the intellectual resources available to support the planning of the Games.

Image: David Lammy and Sally Macdonald in the Petrie museum