UCL academics get wound up

A group of UCL academics have teamed up with product design company Freeplay Energy to create medical equipment that operates solely on human-generated or solar power. 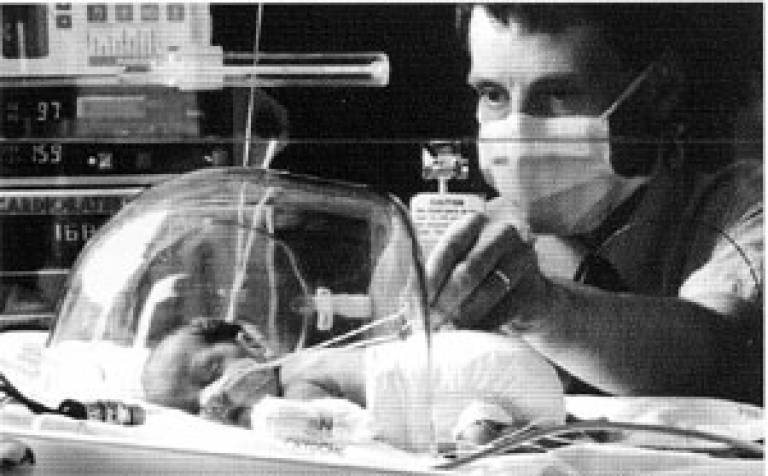 The products could have huge implications for healthcare in developing countries, where mains electricity supplies are erratic and unreliable and batteries are often stolen from hospitals. The team are concentrating on neonatal care, as infant mortality rates are extremely high in the third world, particularly in sub-Saharan Africa and South Asia. For example, 14% of babies born in Angola die before their first birthday - more than 30 times higher than the infant mortality rate in the UK.

Along with preventative care such as clean water supplies, vaccines and better diet, improved access to medical technology that is taken for granted in richer countries could save many lives.

Specialists in wind-up technology, Freeplay Energy, have redesigned four pieces of equipment routinely used in developed countries. Professor John Wyatt (Institute of Child Health) leads the UCL team. He explained: "Testing has already begun on a hand-held foetal heart rate monitor and a pulse oximeter for measuring oxygen levels in the blood. This is an essential piece of equipment for babies with lung infections, as it gives health workers an early indication that the patient needs extra oxygen."

The team are also collaborating on the development of a micro centrifuge that will enable health workers to determine whether babies are suffering from jaundice or anaemia. The machine spins blood samples at high speed, generating enough centrifugal force to separate the cells and fluid that constitute blood. The separate components can then be readily tested. The fourth piece of equipment in development is a syringe driver, which delivers carefully timed doses of medication to the infant.

Professor Wyatt said: "The devices are stripped right down to their basic components to make them more cost- and energy-efficient, robust and light. They operate by means of hand cranks, foot pedals or solar panels and have the ability to store energy for future use in their internal batteries. For example, contemporary foetal heart monitors have to be wheeled around on trolleys, whereas these hand-held versions are extremely portable and tough, as well as being cheaper to manufacture."

To find out more about the ICH or Freeplay Energy use the links below.